Developers Getting Around Clampdown on Issuance of Overseas Bonds

By Wang Jing and Wu Gang 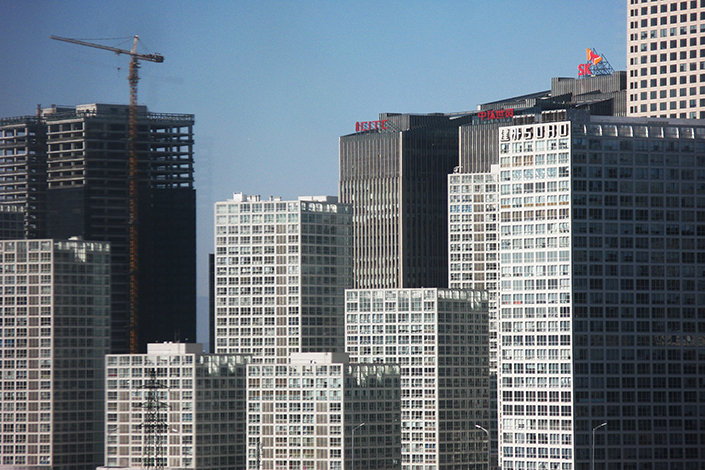 Chinese real estate developers have been issuing one-year bonds overseas since late May to bypass government measures to curb one of their favorite fundraising channels. Photo: Visual China

More and more Chinese real estate developers have been issuing one-year bonds in overseas markets since late May to bypass government measures to curb one of their fundraising channels, mainly longer-term bonds.

The National Development and Reform Commission (NDRC) stopped approving offshore debt issuance in May — but bonds maturing in a year or less do not need approval.

The suspension was part of the Chinese authorities’ campaign to cool down the overheated property market. The government has already tightened up fundraising channels for developers, including domestic bond issuances, bank loans and private stock placements.

According to Wind data, most of the overseas bonds issued by developers before May mature in more than three years, and some mature in less than two years.

However, since late May, property companies — including Greenland Group, Modern Land China Co., Fantasia Holdings Group and Rongxin Group — have been selling offshore dollar debt that matures in less than a year.

Wind statistics show Chinese property developers sold $10.84 billion in offshore bonds in the first quarter — all of it maturing in more than a year. But they have issued only $4.97 billion of offshore notes since April — and $1.4 billion have maturities of one year.

China International Capital Corp. Ltd. (CICC) said in a report on Monday that the growth in one-year dollar-denominated debt may be related to the exception in the NDRC’s registration rule of not covering bonds with maturities of one year or less.

The NDRC regulation released in 2015 only stated that Chinese companies that plan to issue bonds maturing in more than one year need to register with the authorities.

Yicai.com reported on June 13 that the NDRC may close this loophole.

The restrictions on overseas bond sales have shown signs of easing. The NDRC said Friday on its website that it has approved the offshore bond issuance of four real estate companies, including Country Garden Holdings Co. Ltd., Longfor Properties and Fantasia Holdings Group.