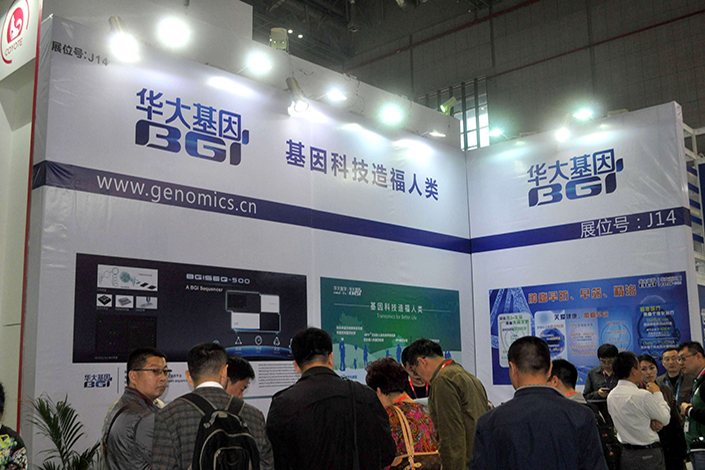 BGI said it will begin accepting online orders on July 5 for the offering of no more than 40.1 million shares. The company aims to raise 484 million yuan ($71 million). Photo: IC

China’s largest biotech startup BGI Genomics Co. said it will start taking orders over the internet next week for its upcoming initial public offering (IPO), as it becomes the latest in a string of similar companies to list on the nation’s Nasdaq-like ChiNext board for high-growth stocks.

BGI, which won approval for the listing last month, said it will begin accepting online orders for the offering of no more than 40.1 million shares on July 5, with a target of raising 484 million yuan ($71 million), according to its latest filing to the Shenzhen stock exchange from the sale.

The company said it would set a preliminary price range for the offering on Thursday and Friday, and will conduct an online road show on Tuesday before it starts taking orders.

When it filed its IPO prospectus last month, the company said it planned to issue about 40 million shares with a total fundraising target of 1.73 billion yuan, translating to an approximate price of 43.3 yuan per share. The latest filing did not elaborate on where the balance of the funds in that original target would come from beyond the 484 million yuan worth or shares being offered in the latest announcement.

The company, which is establishing China’s first national gene bank, posted average annual revenue growth of 23% between 2014 and 2016, including 29% growth last year when the figure rose to 1.71 billion yuan, according to its prospectus. Its profit rose 28% to 350 million yuan in 2016. Some of its largest clients include state-owned China National Tobacco Corp. and the University of Oxford.

Its early investors include some of the most active and high-profile names in China, such as Sequoia Capital, Softbank and Yunfeng Capital.

The IPO would mark the latest for a group of genetic sequencing concept companies, which have become a focus area for development by Beijing as it tries to nurture emerging high-tech industries. Other ChiNext-listed stocks from the group include Dian Diagnostics, Chinasun Pharmaceutical Machinery, Beilu Pharma, Anke Bio and C&Y Pharmaceutical.