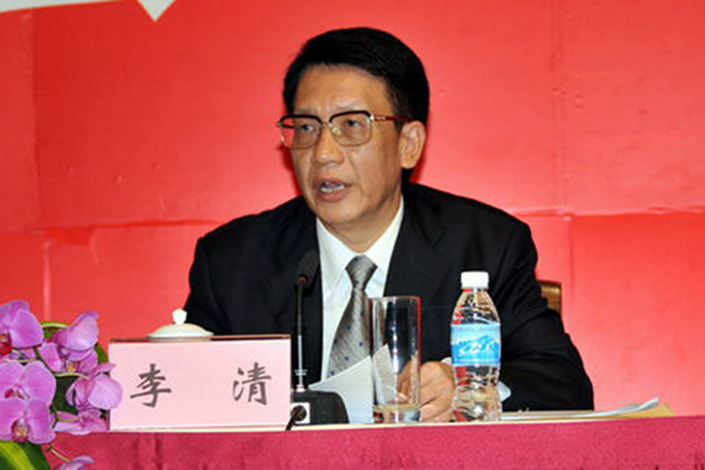 (Shenzhen) — The former head of the environmental protection bureau in Guangdong province pleaded guilty on Friday to allegations of accepting bribes worth millions of yuan.

The ill-gotten gains of Li Qing, former director of the Department of Environmental Protection of China’s southern industrial hub, included at least 10 million yuan worth of nontradable shares in a Hong Kong-listed company in charge of processing industrial and municipal waste.

Although Li pleaded guilty to the charges at the end of his two-day trial, he disputed the amount that prosecutors claimed he accepted, claiming that shares of the company were not under his name.

No sentence was given at the end of the two-day trial in Shenzhen, and the court did not say when it will be announced.

Li told the Shenzhen Intermediate People’s Court on Thursday that he had accepted nontradable shares worth 10 million yuan in Dongjiang Environmental Company Ltd., a recycling company, in 2008 in return for dropping an investigation into its alleged environmental irregularities. The deal was allegedly negotiated by one of Li’s relatives, Li Yongqiang, court documents showed.

Li Qing stopped the provincial environmental bureau from investigating complaints linked to a project operated by Dongjiang in Huizhou, a city in Guangdong, prosecutors said. Local environmental authorities in Huizhou later gave the company a light penalty for violating rules, prosecutors told the court, adding that had the provincial bureau handled the case, the fine might have been larger.

Li Yongqiang, who acted as a go-between, also gave Li’s wife 1 million yuan in kickbacks in 2004 and 2005 after Li Qing helped him secure a contract to construct a hazardous waste treatment facility in Guangzhou, according to trial documents.