80 Is the New 76, as China Sees Longer Lives Ahead 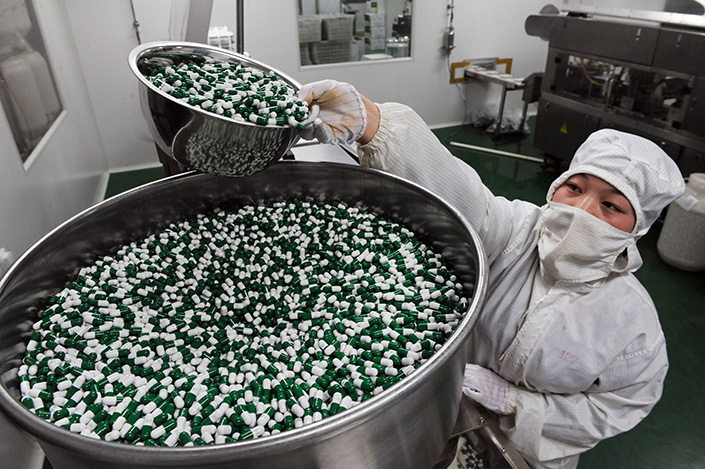 Authorities plan to add billions of yuan in spending to develop the traditional Chinese medicine sector. Above, a worker packs drug capsules at a Chinese medicine factory in Haozhou, Anhui province, in April 2013. Photo: Visual China

Six months after rolling out a broader roadmap for developing the nation’s traditional medicine sector, Beijing officials on Sunday announced a more concrete plan to boost that group with “tens of billions of yuan” in government support, a knowledgeable source said.

The newly unveiled “Health Guarantee Plan” also included a goal of raising the average life expectancy in China to 80 years by 2025, according to the source who attended a meeting in Beijing where the plan was discussed. That compares with an average life expectancy of 76 years in China in 2015, according to World Health Organization (WHO) statistics.

No paper copies of the plan were given out at the meeting, which is typical practice, the source said, speaking on condition of anonymity because the meeting wasn’t open to the public. Actual copies of the plan and application procedures for the billions of dollars in government support would typically come out for public distribution later in the year.

China is in the process of overhauling its health care system as it moves to a more market-oriented network of stand-alone public and private hospitals and clinics to replace a socialist-era safety net where everyone got care through facilities connected to their state-owned work units. Beijing is spending billions of dollars in that process, providing a boon to drug and medical equipment makers, as well as a new generation of private clinic and hospital operators.

At the same time, the country is moving to bring more order to the market for traditional Chinese medicines (TCM) that are still popular with many people. As part of that effort, China’s top legislature, the National People’s Congress, in December passed the country’s first-ever law to regulate the booming TCM industry.  That law formally took effect on Saturday.

As part of the overhaul, the government is also streamlining the approval processes for new drugs. In February, it also updated a catalogue of drugs eligible for government reimbursement for the first time since 2009, boosting the number of approved medicines by 15.4%.