Tencent to Put 15% of Online Literature Unit Into IPO

By Yang Ge and Shi Rui 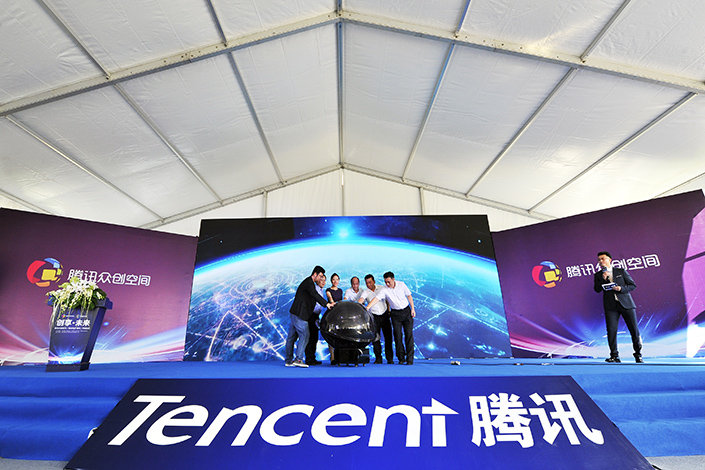 Internet giant Tencent Holdings Ltd. said it will inject 15% of its literature unit into a Hong Kong IPO, as part of a plan to separately list the division that publishes novels and other serialized literature targeting smartphone and tablet PC users.

Tencent first announced the plan to spin off its China Reading unit in May, aiming to list the country’s biggest online literature firm that holds rights to more than 10 million original novels across 200 genres.

After the listing, Tencent will continue to hold a majority of China Reading, it said in a filing with the Hong Kong stock exchange. Tencent said it currently holds about 65.4% of China Reading’s shares.

“The proposed spinoff substantively separates the online literature business from the other businesses of the group, thereby enabling investors and financiers to appraise the strategies, risks and returns of the respective businesses of the retained group and the China literature group separately and to make their investment decisions accordingly,” Tencent said in a statement, explaining its reasoning for the spinoff.

Tencent also listed other reasons for the move, including raising the division’s profile and helping it better determine its own stand-alone valuation. The move will also allow China Reading to raise its own funds for future expansion, Tencent said, adding that the size and structure of the offering have yet to be determined.

It gave the latest details two weeks after the division announced its own new tie-up with the filmmaking arm of real estate giant Wanda Group. The pair said they would form a joint venture to adapt China Reading’s popular online literature into movies and TV series made by Wanda Pictures.

China Reading was founded in 2015, when Tencent acquired e-book publisher Cloudary Corp. and its subsidiaries from Shanda Group. Many of China’s most popular movies, TV and web series in the past five years have been derived from online literature that often begins as serialized novels distributed though web library operators such as China Reading.

In announcing the separate listing in May, Tencent President Martin Lau said the spinoff was due in part to expectations from investors who contributed to Cloudary’s buyout. Cloudary withdrew a $200 million plan to go public in 2013, citing market conditions at the time.