By Dong Jing and Wu Gang 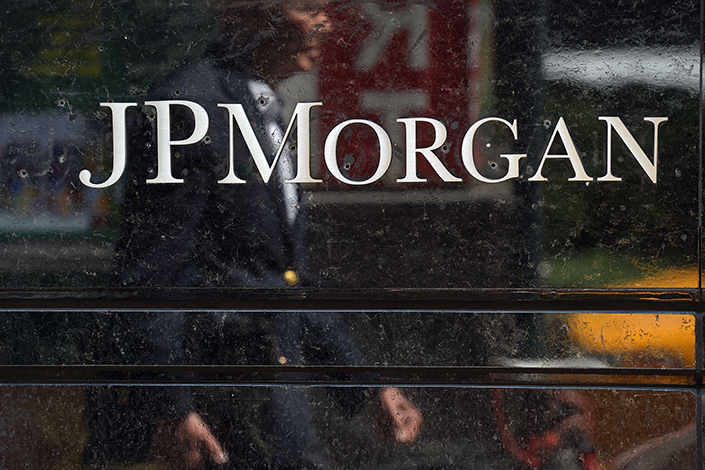 JPMorgan Chase & Co. has received a license from the People’s Bank of China to conduct interbank bond settlement services, ahead of the July 16 agreed-upon date for China to open its bond market. Photo: Visual China

JPMorgan Chase & Co. has obtained a license from China to conduct interbank bond settlement services — getting into the market ahead of the official mid-July entry date due to the 100-day plan between China and the U.S. to further open up their markets to each other.

The U.S.-based bank has received a license from the People’s Bank of China to act as a bond settlement agent in the China Interbank Bond Market.

The announcement on Tuesday came a day after the Chinese government launched its Bond Connect program between the Chinese mainland and Hong Kong, enabling overseas investors more channels to access the Chinese bond market.

JPMorgan is one of two U.S. financial institutions that China promised to open its bond market to before July 16, according to a 100-day plan to boost trade between China and the U.S. following President Xi Jinping’s meeting with his U.S. counterpart, Donald Trump, in Florida in April.

According to the initial results of the 100-day plan, the U.S. has agreed to import cooked poultry from China, while China agreed to import U.S. beef and genetically modified agricultural products and consider the import of natural gas from the U.S.

The bond settlement market is not opening just to U.S. banks. According to the website of China’s National Association of Financial Market Institutional Investors, a total of 48 financial institutions have received the license, including offshore banks HSBC, Standard Chartered, BNP Paribas and Deutsche Bank.

According to Pan Gongsheng, vice governor of the People’s Bank of China, offshore investors hold less than 1.5% of China’s bonds, which means there is great space for further opening-up.

China’s bond market is the world’s third-largest, with 67 trillion yuan ($9.85 trillion) of outstanding issuance by the end of June, Pan said on Monday at the bond-connect launch ceremony in Hong Kong.