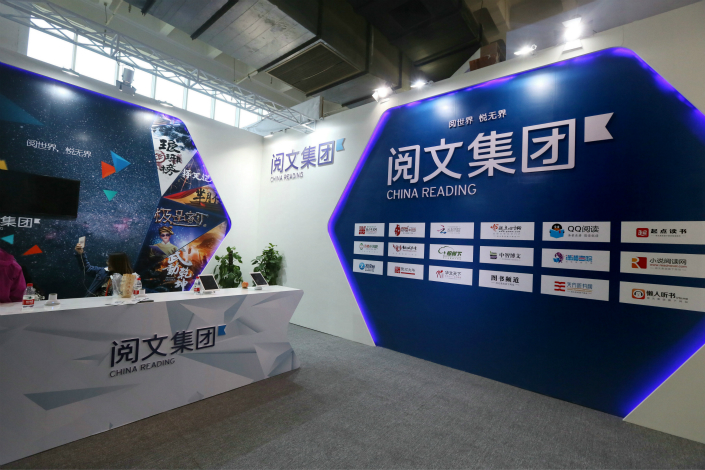 China Reading said its revenue rose 59.1% last year to 2.6 billion yuan ($382 million), according to regulatory documents filed this week in the run-up to its planned initial public offering (IPO). It posted a net profit of 30.4 million yuan for the year compared with a net loss of 354 million yuan in 2015, the documents showed.

The IPO would mark the successful listing of a company that traces its roots back to Cloudary, the former literature unit of online game operator Shanda. That company attempted to make two offshore IPOs in the past, but ultimately ended up aborting the deal both times.

Tencent first announced the plan to spin off China Reading in May, aiming to list the country’s biggest online literature firm that holds rights to more than 10 million original novels across 200 genres. In an earlier filing, it said it would inject 15% of China Reading’s stock into the IPO while continuing to hold a majority of its shares.

China is one of the world’s largest markets for online literature, fueled by a young generation that likes to read novels and other short-form literature on their smartphones, tablet PCs and other portable devices.

In its latest filing, China Reading said it gets about 77% of its revenue from its mobile-literature unit, with the remainder coming from its copyright operations and traditional library business. The online literature business generated nearly 2 billion yuan in revenue last year, more than double the amount from a year earlier.

China Reading now has 5.3 million authors in its service. In its latest filing, the company also cited a Frost & Sullivan report that said it was the nation’s largest online literature company in a field whose top five players also included the online literature units of internet giants Alibaba Group Holding Ltd. and Baidu Inc. The report said that the China online literature market was worth 4.6 billion yuan last year, and is expected to post annual growth of about 31% from 2016 through 2020.