Airbus Lands Big Deal With Sale of 140 Planes in China 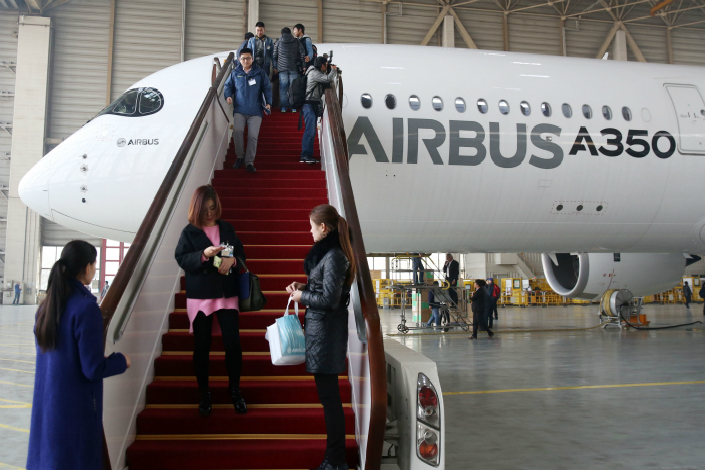 Airbus SAS has reached a deal to sell 100 A320 and 40 A350 jetliners to China Aviation Supplies Holding Co., a state-owned company that was set up in October to manage supplies and parts allocation across China’s civil aviation industry. Photo: IC

The specific amount involved in the deal announced Wednesday was not disclosed. The latest purchase is worth over $22 billion at Airbus’ current average list prices, but buyers usually receive large discounts on bulk orders of aircraft.

CAS is a state-owned company that was set up in October to manage supplies and parts allocation across China’s civil aviation industry.

Additionally, “constructive talks with our Chinese partners” are “ongoing” regarding the German company’s A380 jets, which are the world’s largest passenger airliners, an Airbus representative told Caixin.

“China is today one of the world’s most important markets for aviation,” Enders said in a statement.

Chinese airlines today use more than 1,400 Airbus aircraft. Operations began in 2008 at the first Airbus assembly line outside of Europe, in Tianjin. The company began work last year on a new China factory — a finishing center for wide-bodied A330 jets — near its first Tianjin plant, and is also building a helicopter plant in Qingdao.

China’s rapidly growing civil aviation market is set to surpass the U.S. by 2024, thanks to demand from its growing middle class, according to the International Air Transport Association.

In May, China’s homegrown answer to foreign passenger jets, the Comac 919 designed by the state-owned Commercial Aircraft Corp. of China, made its maiden flight.