By Yang Ge and Jiang Bowen 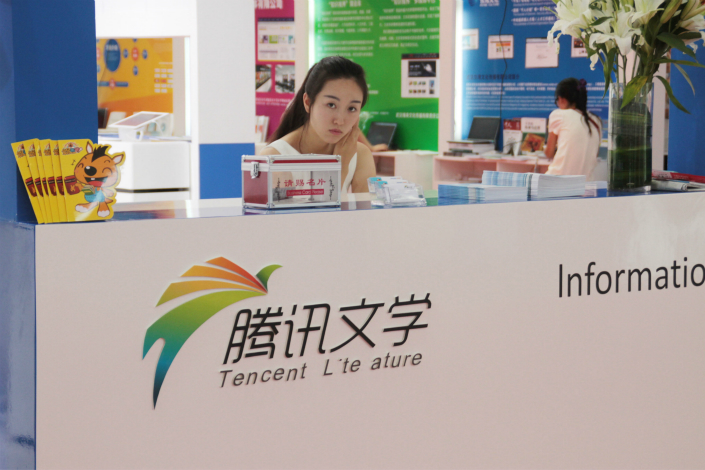 The online literature unit of Tencent Holdings Ltd. plans to raise up to $800 million from its upcoming IPO in Hong Kong, making it one of the largest China internet offerings so far this year.

China Reading hasn’t finalized the fundraising plan yet but is looking at targets of between $600 million and $800 million, according to a Reuters report, citing a person familiar with the plan. Tencent first disclosed the planned spinoff in May, and China Reading has made several filings with the stock exchange over the last week, but it had yet to disclose a fundraising target.

In its latest filing earlier this week, China Reading said its revenue rose 59.1% last year to 2.6 billion yuan ($382 million). It posted a net profit of 30.4 million yuan for the year compared with a net loss of 354 million yuan in 2015, the documents showed.

The IPO would mark the successful listing of a company that traces its roots back to Cloudary, the former literature unit of online game operator Shanda. That company attempted to make two offshore IPOs in the past, but ultimately ended up aborting the deal both times.

China is one of the world’s largest markets for online literature, fueled by a young generation that likes to read novels and other short-form literature on their smartphones, tablet PCs and other portable devices.

One of the country’s few offshore internet IPOs this year came from China Rapid Finance, a peer-to-peer (P2P) lender that raised a relatively modest $60 million in a New York offering in May. A handful of other P2P lenders and other online financial services firms are also planning listings this year, with names like Qudian and Lufax eyeing more than $1 billion each with IPOs in New York and Hong Kong respectively.

But extra scrutiny by securities regulators due to the sector’s newness and high-risk exposure has slowed down many of those plans, according to a person involved in one of the deals. As a result, many are not expected to get to market until fall at the earliest.