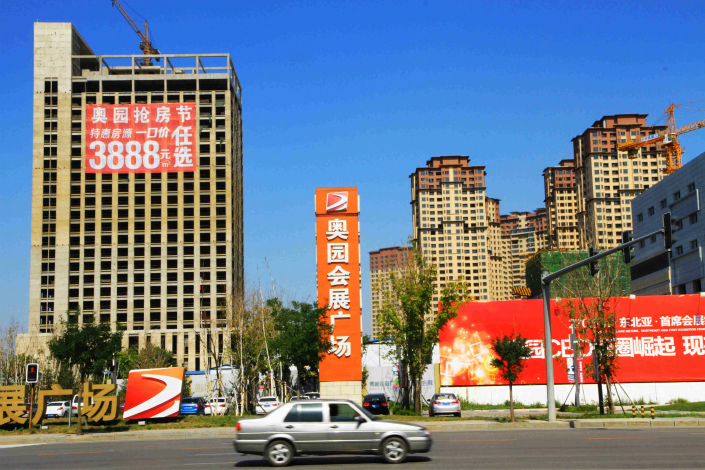 With the acquisition, Aoyuan aims to seize on Beijing’s recent drive to promote the nation’s sporting industry.

Aoyuan said it has launched a tender offer for a stake in China Sports Industry Group Co. Ltd., the lone listed asset of the General Administration of Sport of China, according to a statement to the Hong Kong stock exchange. The company said it has provided a refundable tender fee of 50 million yuan in connection with the bid.

Under its offer, Aoyuan would pay 17.53 yuan for 186 million shares of China Sports Industry Group held by a fund connected with the sport administration, according to the filing. That would represent a premium of about 10% to China Sports Industry’s last closing price before the announcement.

The company’s stock has plunged over the last two sessions. At its current share price of 14.93 yuan, the stock is trading nearly 15% below the offer price.

“In view of the flourishing market of fitness and leisure industry in the PRC … the board considered that the proposed acquisition is a good opportunity for the group to enhance the property development projects coupled with the sports theme under its brand name ‘Aoyuan,’” the company said in a statement.

It added that under the new partnership it hoped to embark on a plan for “the development of fitness and leisure facilities coupled with residential, cultural and commercial properties, which would lay the foundation for the property development of a ‘sport town’ by the group.”

China has embarked on a broad series of private and government initiatives in the last three years aimed at boosting the level of play and also in search of content for the country’s booming online video industry. Efforts have included a wide range of offshore investments by Chinese companies and individuals in teams and sports marketing firms.

Development of sports-themed facilities and villages similar to the ones envisioned by Aoyuan is also showing some signs of gaining traction. In April, Lander Sports Development Co. Ltd. announced it would invest 2 billion yuan in a large soccer center outside of Hangzhou in eastern China. In June it also announced plans to develop a 4 billion yuan sports recreation village in Sichuan province.