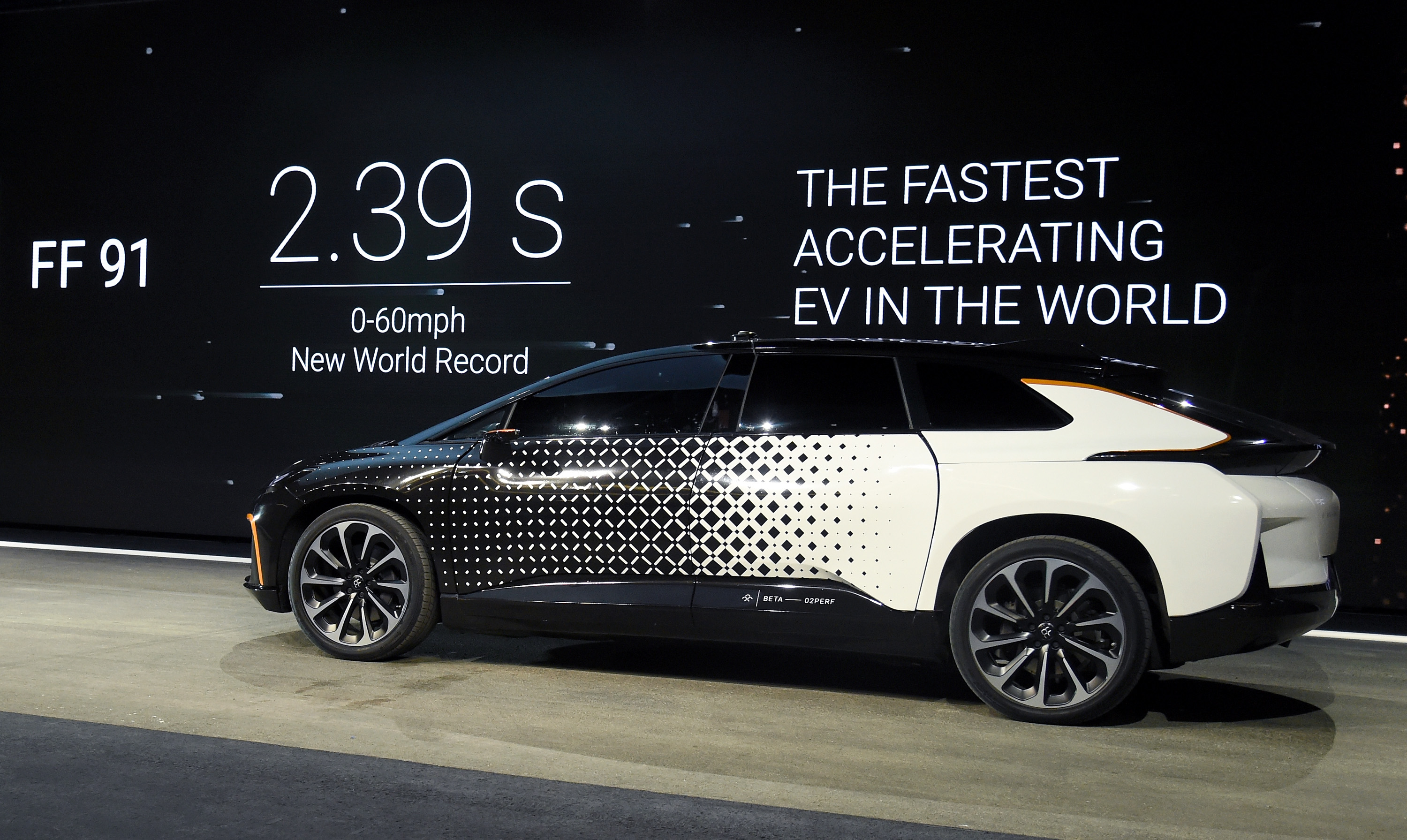 New-energy carmaker Faraday Future has announced it will not build a $1 billion plant north of Las Vegas, Nevada, after all, and is looking for another site. Above, Faraday Future officially released its first mass-produced electrocar at the Consumer Electronics Show in Las Vegas on Jan. 3. Photo: Visual China

Faraday Future, the new-energy carmaker backed by the founder of struggling online video firm LeEco, said on Tuesday it has abandoned plans to build a $1 billion new-energy automotive plant in the U.S. state of Nevada and will look for other locations instead.

The announcement comes over a half-year after work on the plant, north of Las Vegas, ground to a halt — shortly after LeEco’s own cash crunch began last fall. That crunch has not only crimped LeEco’s finances, but also those of its charismatic founder, Jia Yueting, a strong backer of Faraday.

Faraday is “significantly shifting” its business strategy toward a type of car that “reimagines the way users access mobility,” the company said in a statement, without elaborating. As a result, it said, it is now looking for alternative manufacturing sites that will give it a “faster path to start-of-production and aligns with future strategic options.”

“Accordingly, we have decided to put a hold on our factory at the … site in North Las Vegas,” it said. “As the land owner, we remain committed to the build-out of the … site for long-term vehicle manufacturing and firmly believe North Las Vegas is an ideal place for us to be.”

The announcement caps months of speculation about the site, which was set to become a state-of-the-art production facility for Faraday’s futuristic cars, which had received strong personal support from Jia. LeEco previously said that Jia had invested $300 million in Faraday for an undisclosed stake in the company. That investment was one of several by Jia and LeEco in new-energy car technology, as Jia pursued his vision of creating an ecosystem of entertainment-related services and devices.

But LeEco’s rapid expansion from its online video roots into cars, as well as other areas like smartphones and film production, landed his company in a cash crunch that accelerated in the fall. Since then the company has left behind a trail of unpaid suppliers and laid off hundreds of employees in its fight for survival.

Faraday Future has always been tied to LeEco through Jia’s connection, and the U.S. company was thought to be banking on those ties to help finance the Nevada plant. Jia appeared at the launch of the Faraday’s futuristic FF91 model at the start of this year, though cars weren’t expected to be available until 2018.

More recently, Jia resigned last week as chairman of LeEco and gave up all of his daily duties for most divisions at the company he founded. But at the same time, LeEco’s smart-car unit, LeSee, said that Jia would become its global chairman, leading observers to predict he would ultimately take over at the helm of the company’s car-related operations.