LeEco Smartphone Out of Stock as Unpaid Suppliers Protest Outside Headquarters

By Sun Congying and Song Shiqing 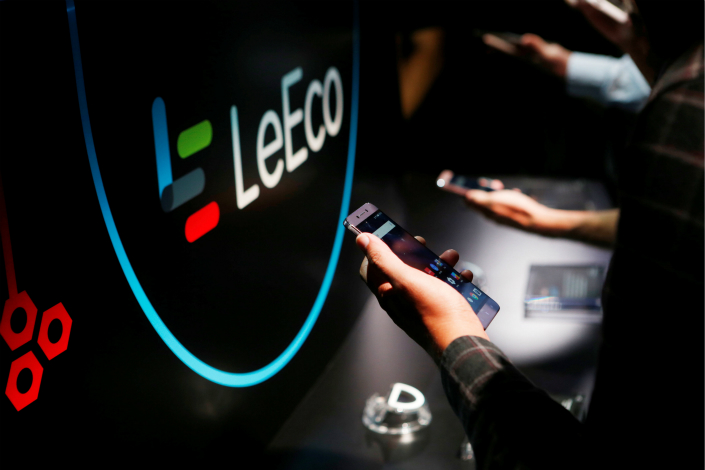 All LeEco-branded smartphones are currently listed as “out of stock” on LeMall, the company’s online store — a situation that LeEco has called temporary. Photo: Visual China

(Beijing) — LeEco said Wednesday that its branded smartphones were only “temporarily” out of stock in its online store, as the cash-strapped company responded to rumors that it had halted smartphone production.

All LeEco-branded smartphones are currently listed as “out of stock” on LeMall, the company’s online store, though they remain in stock on third-party e-commerce platforms like JD.com.

Since June, dozens of suppliers and business partners of LeEco’s smartphone unit have been camping outside the company’s Beijing headquarters to demand payment of unpaid bills. Production of its smartphones has been at a standstill, and there is no timetable for resuming shipments.

“The smartphones are just temporarily out of stock, and LeMall is currently in talks with suppliers,” LeEco said in response to Caixin’s inquiry.

The company added that it had no comment on rumors of a permanent halt to smartphone production.

Mobile No. 1 Research Institute has conducted a survey of channel distributors in 15 Chinese provincial-level areas, and only two have LeEco smartphones in stock, said Sun Yanbiao, the organization’s president.

LeEco has been selling smartphones at a loss, Sun said. It is a strategy to get phone buyers to pay for content so the company can earn higher profits in the long run.

LeEco recorded a loss of 9.73 billion yuan in the first three quarters of 2016, with its smartphone segment losing 5.66 billion yuan, the 21st Century Business Herald reported.

In May, two midlevel managers from LeEco told Caixin the company was planning mass layoffs in its China smartphone unit, cutting it workforce by half and leaving fewer than 1,000 employees.

LeEco has been rattled with fundraising problems and unpaid bills since fall. Its capital crunch followed a spending binge that saw the online video service provider expand rapidly into an array of new businesses including smartphones, TVs and electric vehicles.