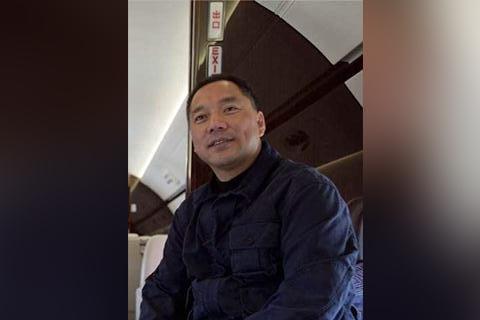 The case was the second one recently opened in China involving companies owned by Guo, also known as Miles Kwok, who is wanted by Interpol under a “red notice” for corruption allegations and has been living as a fugitive in the U.S.

All three defendants pleaded guilty and said they were following orders of Guo, who has retained the full control of the real estate company Henan Yuda. The court said it will announce sentences at a later date. Media and a public audience were invited to watch the trial, which was broadcast via the court's official account on Weibo.

Prosecutors said the three executives obtained 44 loans and other forms of financing between 2008 and 2015 from China Guangfa Bank, Zhongyuan Bank, Industrial Bank Co. and other banks using fake contracts between Henan Yuda and shell corporations.

About 1.2 billion yuan of those loans were repaid. Most of the borrowed funds were used to repay Henan Yuda’s debts, prosecutors said.

According to court documents, Guo instructed Ma Cheng, a former deputy general manager of Henan Yuda, to register 10 shell companies in early 2008 to set up various sales and investment contracts with Henan Yuda. These contracts for fabricated business projects were used to apply for bank loans. Ma and Guo will be dealt with in separate cases, the prosecutors said.

Zhang testified that the shell companies were registered with fake shareholders, using names of Henan Yuda’s former employees. The companies have no actual business operation.

Ma negotiated with bank officials for the loans, then Zhang prepared false documents for the application, including shareholder meeting decisions, business contracts and financial reports, according to Zhang’s testimony.

“Every time we applied for loans, I modified the documents in my computer and signed all the contracts by myself,” said Zhang, who was arrested by police in April 2015. Zhang told the court that he followed Guo’s orders in the loan applications.

“I learned law, so I felt this was serious and legally risky,” Zhang told the court. “I was worried about it and asked Guo’s instruction.”

After Zhang’s detention, Guo and Xiao used the same approach to get 60 million yuan from Zhongyuan Bank, prosecutors said.

The case followed a June trial in Dalian in which three executives at Beijing Pangu were convicted of obtaining loans and foreign currency with fraudulent documents under Guo’s instruction. They were sentenced in mid-June to between 24 and 27 months in prison.

Guo, 50, fled China in 2014 to avoid graft investigations that brought down his close ally Ma Jian, the disgraced former vice minister of the Ministry of State Security. He has been involved in several lawsuits at home and abroad. Last week, a New York-based lawyer said he will file a lawsuit in a U.S. court on behalf of six Chinese companies and four individuals against Guo and three of Guo’s companies, seeking $1.5 billion over alleged unpaid debt and compensation.

Sources from Dalian’s judiciary system told Caixin earlier that prosecutors are investigating a series of suspicious bribery, embezzlement and fraud cases involving Guo and his companies.