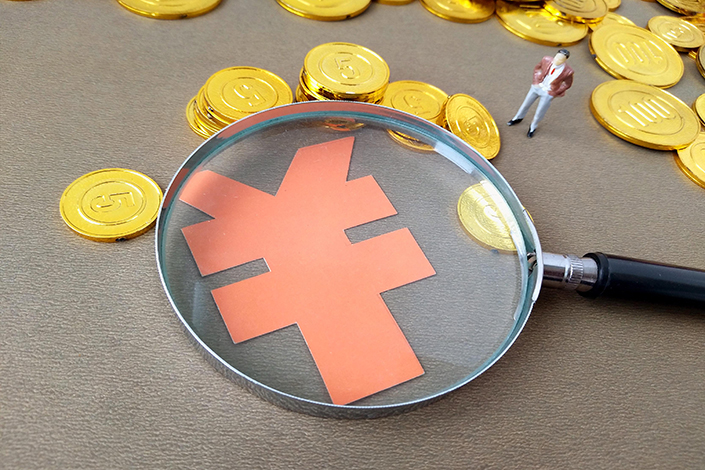 President Xi Jinping said local officials will be held accountable for life for their poor debt-management decisions — a move seen as a crackdown on reckless government borrowing. Photo: Visual China

(Beijing) — In China, local government officials will no longer be able to get away with bad decisions on debt management even after their terms of office end.

Among the decisions from the National Financial Work Conference, concluded on Saturday, President Xi Jinping said local officials will be held accountable for life for their debt-management decisions. Officials who are found ignoring the risks of building up debt while pursuing economic growth will be pursued even after their terms end.

The “for life” element of accountability for public officials who recklessly borrow is unheard-of in China. Market watchers believe such a zero-tolerance stance highlights the seriousness of the local-debt problem that faces the world’s second-largest economy.

Debt management and economic-growth creation are always the competing priorities for local governments. Several government officials and experts told Caixin that although the performance of local governments is now based less on gross domestic product and more on prudent debt management, municipalities and cities still have a lot of incentives to compete with each other on growth, as rapid urbanization is still underway.

How big is local-government debt?

No one, not even the Chinese government itself, has claimed to know the exact size of how large local-government debt is.

As of the end of 2016, the outstanding local-government debt, including those on the budget, totaled 15.32 trillion yuan ($2.26 trillion), according to official data. It was down from 16 trillion yuan in 2015, and still below the statutory limit of 17.19 trillion yuan set by the central government for last year.

However, the true scale of local government debt could be far higher because some borrowing is “hidden” outside official budgets. Some experts estimate that had reached 35 trillion yuan by the end of 2015.

Municipal and city governments had long been raising funds from the market through so-called local government financing vehicles (LGFVs). The debts taken on through these channels didn’t appear on the books of the local governments even though they were often liable for repaying them or had guaranteed the borrowings of their LGFVs.

In 2015, a new budget law was passed that allows local governments to formally tap the bond market to fund daily administration and infrastructure projects.

The central government has recently introduced more fiscal discipline to local governments. For instance, from now on, local governments can use only toll revenue bonds to raise funds for building new highways. They can no longer turn to bank loans as a funding source.

In the much-talked-about planned cabinet-level financial oversight committee, the market is awaiting more details before effectively gauging what will actually happen next.

Though it is still unclear who will head the committee and what exact functions it will have, an industry expert told Caixin the committee will likely be involved in the formulation of monetary policy.

Safeguarding financial stability and cleaning up risks in the online lending sector are also on the committee’s agenda.

The closed-door National Financial Work Conference, which has convened every five years since 1997, is seen as a key event to set the tone for financial reforms. After the first meeting — held amid a financial crisis that swept through Asian economies — China set up the “big four” asset management companies dealing with bad loans incurred at the country’s biggest state-owned banks.

This year’s meeting came amid widespread discussions and expectations of financial regulatory reforms to mend a fragmented regulatory framework so as to better deal with mounting risks associated with the asset management sector that operates across different financial industries — banking, securities brokerages, fund and insurance.

Earlier this month, the People’s Bank of China (PBOC) said in the China Financial Stability Report that the central bank will strengthen regulations over systemically important financial institutions — banks, securities firms, and insurers, as well as the shadow-banking sector — in a bid to reduce financial leverage and rein in liquidity risks.