By April Ma, Zhou Qixie and An Limin 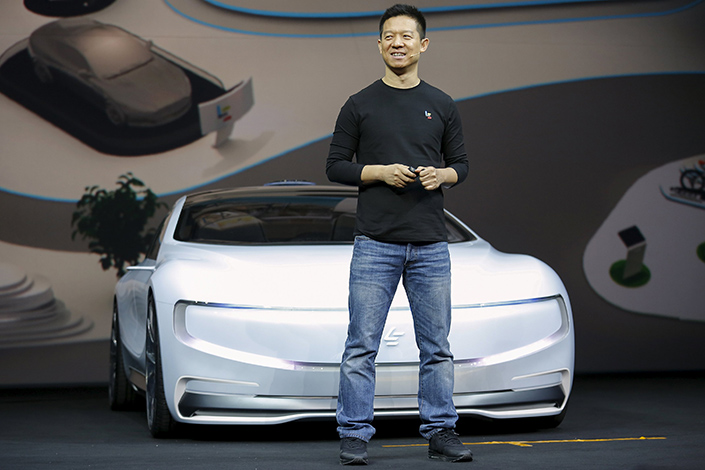 (Beijing) — LeEco investors are steeling themselves for another bumpy ride, as news over the weekend threw the troubled giant’s credibility and prospects deeper in doubt.

The company’s listed unit is set for over 600 million yuan ($89 million) in losses for the first six months of this year, LeEco said in a performance forecast Friday evening — a sharp decline from the same period last year, when it reported nearly 300 million yuan in profit.

Mired in a capital crisis, LeEco has admitted that its user and client base is draining away, a result of the video and entertainment company overextending its resources and burning cash through unrealistic ambitions.

While its costs for talent and content rights have remained the same, the bad publicity and tarnished brand have led to a “fluctuation in user loyalty” as well as a substantial drop in advertising and subscription revenue, said a statement from Leshi, the firm’s original video-hosting arm that spawned a series of later ventures, including filmmaking and smart-car manufacturing.

An investors meeting on Monday was cut short by mobs of upset creditors protesting outside the conference room, waving signs that read, “LeEco Needs to Pay Its Debt.”

A company executive tried to placate the crowd, promising that LeEco would not default. “But we still have yet to find a solution to our debt situation,” he said.

This pessimistic outlook comes after reports that several pieces of luxury real estate in an affluent suburb of Los Angeles were found under the name of the company’s founder, Jia Yueting. The properties allegedly served as his beachside retreat.

Having recently relinquished total control of the publicly traded arm of his empire, the entrepreneur is now putting his energy into the company’s new-energy car division, one of many aspirations that have stretched LeEco to the limit and contributed to its current crisis.

The automaking unit, LeSee, argued that the five lavish ocean-view villas — a few of which are worth more than $8 million — are not Jia’s personal property, as reports had stated, but rather belong to the company and have been used as “a residence for executives on business trips.”

One of the villas — an Italian-style estate overlooking the Pacific Ocean, complete with a pool, spa, private amphitheater and 7.5 bathrooms — may be where Jia is temporarily residing as he tends to the affairs of Faraday Future, a new-energy car startup LeEco has backed.

“Jia has been pouring in his own money to cover the company’s research and development,” LeSee said in a statement on Sunday. “He doesn’t own a single piece of private property in the U.S., and neither he nor his family has ever used these venues as a vacation home.”

Public records indicate that the mansions are held by a company called Ocean View Drive Inc., an entity registered as a real estate holdings firm. Until March 2015, Jia was the sole chairman and CEO of the company, though it is unclear what size stake, if any, he owns.

Although analysts have often been perplexed by Jia and LeEco’s ivory-tower visions, one prominent investor over the weekend went so far as to call the company a complete “Ponzi scheme” — comments that were backed by Tencent head Pony Ma.

“If you’ve ever bought the company’s stock or taken part in any LeEco project, you are either mentally or morally unsound,” read a social media post by Zeng Liqing, managing director of Tencent’s investment arm and one of the founding members of the tech behemoth.