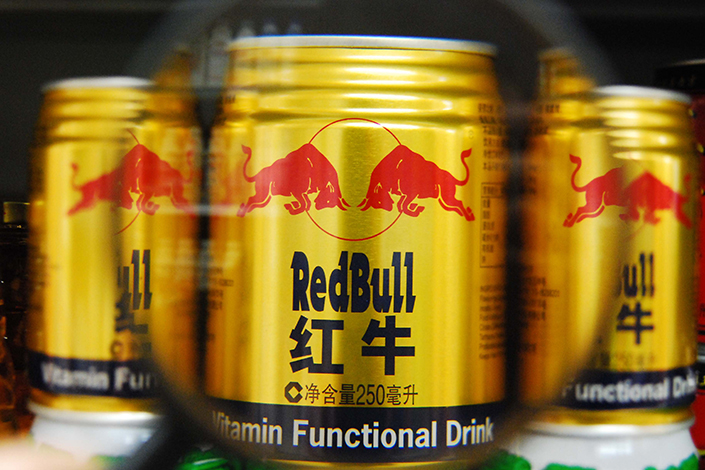 (Beijing) — Energy drink Red Bull is facing growing uncertainty in China due to an ongoing trademark dispute between its Thai owner and Chinese partners and a threat posed by rival Monster, which entered the market in 2016.

The case is part of a larger dispute between T.C. Pharma and Beijing-based Reignwood Group, which introduced the popular drink to China in the 1990s on a 20-year licensing agreement that expired last year.

ORG is the company that Reignwood used to make the packaging for Red Bull in China.

Neither T.C. Pharma nor Reignwood has announced whether they will extend the contract. Reignwood is running a Red Bull marketing campaign that ends in December, which some have seen as a sign that the parties have reached a deal for an extension.

But ORG said the dispute between the Thai owner and Reignwood remains unsettled.

In its suit against ORG, T.C. Pharma demanded that the company stop producing and selling products with the Red Bull trademark and pay 30 million yuan ($4.43 million) in damages.

The case will likely take a toll on Red Bull’s sales, as the Chinese market accounted for 35% of global sales in 2015, according to market researcher Euromonitor.

“T.C. Pharma and its subsidiaries are wholeheartedly devoted to continuing the Red Bull businesses in China,” the company said in a written statement to Caixin.

But for trademark disputes involving foreign companies, it can take a year for a court to issue a ruling, said Chang Junhu, a copyright lawyer with Beijing Chofn Law Firm.

Red Bull is also being bled by rival energy-drink brand Monster, which barged into the Chinese market in September 2016. Monster controls 42.5% of the global energy drink market, much more than Red Bull’s 29.5%, said analyst Gu Rougang from Everbright Securities.

But the two brands are built on different images. Red Bull has positioned itself as a functional beverage, while Monster has targeted younger consumers seeking to be free and “cool,” Gu said.