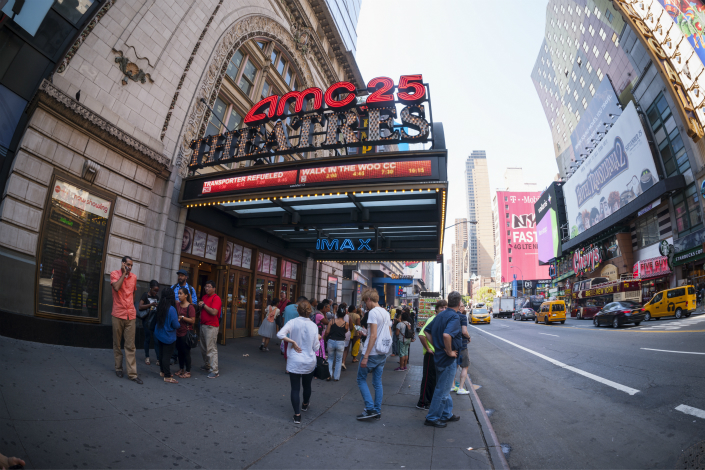 AMC Entertainment, the U.S. cinema operator owned by Dalian Wanda Group, said it hasn’t depended on its Chinese parent to finance a recent string of acquisitions, following reports that Beijing was cutting off Wanda’s access to funds for such buying.

AMC was purchased by Wanda in 2012 for $2.6 billion, and since then has become the Chinese company’s vehicle for a string of similar acquisitions of other cinema operators collectively worth $3.5 billion in the U.S. and Europe. Those purchases, combined with Wanda’s leading position in its home China market, have made the Chinese company the world’s largest cinema operator.

“Wanda has never been a source of acquisition funding for AMC,” AMC Entertainment Holdings Inc., which is listed in New York, said in a statement.

It issued the statement after several Western media reported that Beijing may have instructed major state-run lenders to stop providing funds for Wanda’s recent global buying binge, which includes cinemas as well as a string of sports- and other entertainment-related businesses.

That instruction may be in response to violations by Wanda, the reports said, though Beijing has also been clamping down more broadly this year on major offshore acquisitions that it considers risky. It can do that by issuing guidelines to big state-run banks that are accustomed to following the central government’s policy directives, a relic from their socialist past.

Within the cinema realm, purchases made through AMC include Starplex Cinemas in 2015; Odeon & UCI Cinemas Holdings Ltd. and Carmike Cinemas, Inc., both in 2016; and Nordic Cinema Group Holding AB this year.

“AMC has never received committed financing from any bank headquartered in mainland China for any purpose, including for acquisitions,” AMC said in the statement. “All committed debt financing for AMC’s three most recent acquisitions were funded by a syndicate of U.S.-based banks with AMC as the borrower without financial guarantees or credit enhancements from Wanda. The fourth acquisition was funded by AMC’s available cash on hand.”

AMC’s stock dropped as much as 11% since last Thursday over concerns about the company’s relationship with its Chinese parent, though the shares bounced back slightly in the latest session after it issued its statement.

In the statement, AMC also emphasized that its financial relationship with Wanda was minimal, involving mostly periodic reimbursements for administrative and other expenses that have been below $1.5 million annually over the last three years. It added that Wanda has no special claims to funds generated from AMC’s operations other than its receipt of dividends stemming from its status as the U.S. company’s largest shareholder.

“AMC is an American company run from its Leawood, Kansas, headquarters by our management teams located in the U.S. and Europe,” said CEO Adam Aron. “Our shares are publicly traded on the New York Stock Exchange and our shareholder roster includes some of the biggest U.S.-based institutional investors, as well as Dalian Wanda, which owns a majority of our shares.”