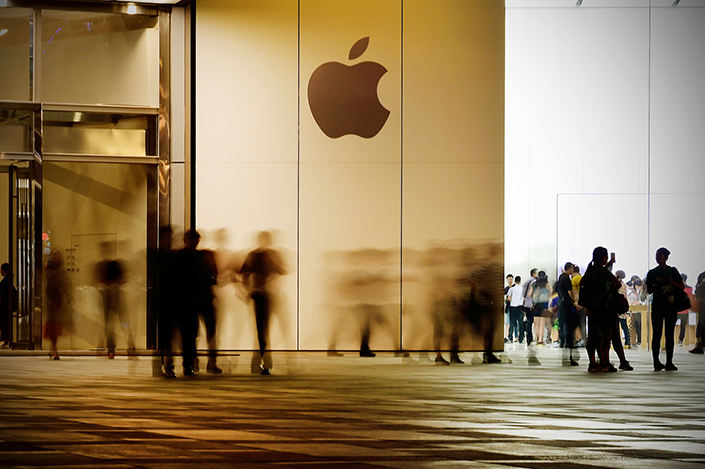 Apple Inc. has created a new position in the company's management structure to oversee the China market, as the tech giant strengthens its efforts to compete in the market. Photo: IC

(Beijing) — Apple Inc. has formally created a top position to oversee the China market, and that person will report directly to the company’s CEO as the electronics giant places increasing emphasis on the world’s second-largest economy.

The new leader of the China division — Isabel Ge Mahe — is a Chinese native who served for nine years as vice president of Apple’s Wireless Technologies team, focusing on cellular, Wi-Fi, Bluetooth, location services and other technologies, Apple said in a statement.

Ge was appointed managing director of Greater China, a newly created role in the company’s management structure. She will begin work at the new position later this summer in Shanghai, and report directly to CEO Tim Cook and Chief Operating Officer Jeff Williams.

The new role reflects Apple’s strengthened efforts to compete in the Chinese market, following a sharp fall in its China revenue last year.

China became Apple’s second-largest market in the second quarter of 2015, but fell back to third in 2016, with its China revenue declining 33% year-on-year, news site Quartz reported.

China surpassed the U.S. in 2015 to become the world’s largest market for Apple’s iOS app downloads. Last year, its market share grew to 15% greater than that of the U.S. — and this is only expected to widen, according to intelligence and analyst firm App Annie.

“Apple is strongly committed to invest and grow in China, and we are thrilled that Isabel will be bringing her experience and leadership to our China team,” Cook said in the statement on Wednesday.

The statement came after Apple’s recent efforts to enhance relations with the Chinese government by building the first data center in China to conform to a strict new Chinese cybersecurity law.

Cook said Ge has “dedicated a great deal of her time in recent years to delivering innovation for the benefit of Apple customers in China.”

Ge has worked to develop new China-specific features for the iPhone and iPad, including recently announced iOS 11 features such as QR-code support and SMS fraud prevention.

Ge was born in northeastern China’s Liaoning province, and received her bachelor’s and master’s degrees in electrical engineering. Her experience in mobile devices and wireless technologies spans two decades. Before working for Apple, she was at five U.S.-based tech firms, including electronics-maker Palm Inc.