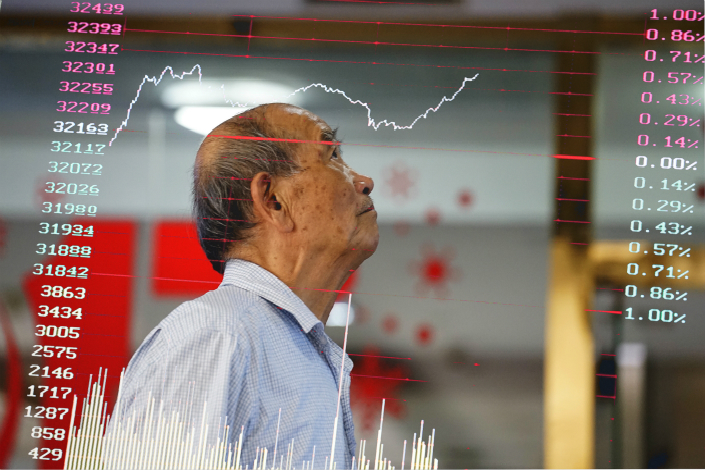 Investors on Thursday applauded the restructured sale of Wanda Group's 13 theme parks and 76 hotels to Sunac China and R&F Properties respectively. Above, a stock dealer checks the market at a securities exchange in Nanjing, Jiangsu province, on Tuesday. Photo: IC

Wanda Hotel’s parent Wanda Group said earlier this month it would sell its 13 theme parks and 76 hotels to Sunac for 63.2 billion yuan ($9.4 billion), raising concerns that Sunac was taking on too much debt. But under the restructured deal announced late Wednesday, R&F stepped in to buy the hotels, while Sunac said it would only buy Wanda’s theme parks.

Following the rally, Sunac shares have recouped all of their losses, including a 12% decline in the week before the first deal was formally announced. Wanda Hotel shares are still 9% below their levels before the original deal, but had previously dropped by as much as 30%. The rally for R&F shares means they are now trading near a four-year high.