By Zhan Nanqian and Li Rongde 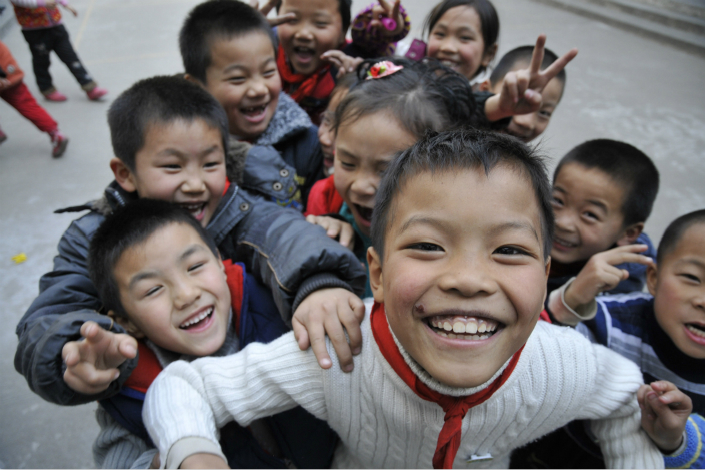 Zhejiang province's education authority says that a primary school in the province violated the law when it asked migrant parents to provide police verification that they didn't have a criminal record. Photo: Visual China

(Beijing) — A primary school’s decision to ask for migrant parents’ criminal histories as part of the admissions process has caused a stir in China, with many angry at “illicit barriers” curbing access to education for low-income children.

Under China’s rigid household registration system, or hukou, one can only have access to a public school in the locality where one is registered. Parents who have moved to another city for work and don’t have a local hukou need additional documents such as tax-paid receipts to secure a seat in a government school. However, they don’t need to undergo a criminal background check.

The written request sent by Houcai Primary School in Taizhou, Zhejiang province, asking migrant parents to provide a police verification showing they had no criminal history was posted online by lawyer Liu Wenhua on Sunday, instantly triggering a public outcry.

The lawyer also posted a copy of such a verification, on which a police officer had written “which government department has drawn up these rules making this certificate a prerequisite for admitting migrant students to school?”

The police also challenged the school, saying the country’s compulsory education system guaranteed universal access to schooling from grades one through nine.

This idea was echoed by many internet commentators who criticized hurdles to public education for children from migrant families and less-privileged backgrounds.

The authenticity of the two documents published online was verified by the Luqiao District Education Bureau, which governs the school.

The district education authority defended the school, saying it was acting in accordance with two provincial government directives issued in 2008 and in 2014, which require a criminal check from migrant parents. However, the provincial education department dismissed the claim, saying those regulations were overwritten by a new rule that went into effect on July 1, 2016.

An official from the provincial education office, who only gave his surname Ma, told Caixin that his department had instructed schools to abide by the July 1 document when admitting migrant students.

However, the official said he didn’t know why the message hadn’t reached Houcai Primary School, or what penalties they could face for violating the rule.

This isn’t the first time that a school has been in hot water for making controversial requests.

Education authorities in Shanghai in May ordered two popular private primary schools to apologize after it was revealed that one gave parents a grueling IQ test, and another grilled students over the profession of their grandparents, a practice which analysts said favored children from the elite families.