How LeEco Fell From Glory 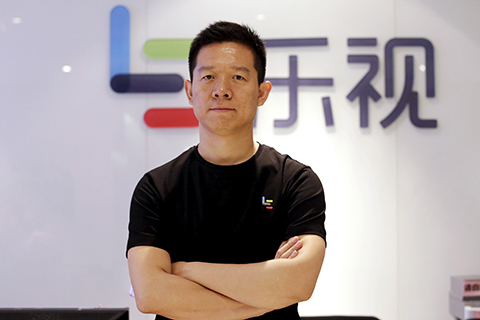 Once a market darling, China’s tech giant LeEco has now become a headache for investors and creditors as years of reckless expansion led the company into a debt impasse.

Angry creditors last week blocked an extraordinary shareholder’s meeting of Leshi Internet Information & Technology, the main listed entity of LeEco. With protestors chanting slogans outside the door demanding payments owed for services rendered, Leshi shareholders hastily ended the meeting for the election of a new board in just 15 minutes.

Started in 2004 with Netflix-like video streaming services, LeEco and its charismatic founder Jia Yueting fascinated the market for the quick buildup of a business empire spanning entertainment, TV, smart phones and electric cars and boasts to take on American giants Tesla Inc. and Apple Inc. But Jia’s ambition hit the wall as persistent cash crunches left it in an array of debt disputes and lawsuits.

Earlier this month, a Shanghai court froze 1.2 billion yuan ($177 million) of assets owned by subsidiaries of LeEco and by Jia because of missed loan payments. A week later, U.S. television maker Vizio sued LeEco in California over unpaid termination fees following a failed merger last year. A bondholder told Caixin last week that LeEco has defaulted on a $75 million convertible bond that was due July 7.

Amid the financial woes, Shenzhen-listed Leshi forecasted first-half losses at between 637 million yuan and 642 million yuan, due to declining revenues affected by the parent’s cash crunch. The listed arm on July 21 appointed Sun Hongbin, chairman of its second-largest shareholder Sunac China Holdings, as the new chairman. Jia stepped down from all posts at Leshi earlier this month and has since remained in the United States to focus on LeEco's electric car business.

It sounded convincing when Jia proposed the fresh idea in 2015 of creating an internet ecosystem, consisting of LeEco’s various business segments including content producing, device manufacturing and services. Not a single business segment would need to worry about profits. Instead, the system as a whole would make profits by coordinating with each other.

The market was enthusiastic about Jia’s ambition. In mid-2015, market capitalization of Leshi surged to 160 billion yuan, about six times that of its New York-listed video-streaming rival Youku Tudou. LeEco poured billions of dollars into new businesses and expanded its staff number to 15,000 from 3,000 between 2014 and 2016.

But the profits Jia expected never came. Instead the company became deeply mired in its overspending. Since Jia for the first time admitted a capital chain crisis in an email to his employees this past November, the capital crunch of LeEco has only worsened.

“LeEco’s sprawling business expanded quickly. They offered good-paying jobs and used lavishing marketing events to create market buzz. Jia believed the bubble could continue ballooning as long as there were investments, and revenues would naturally grow with more users and new business,” an investor close to Jia said.

But this strategy has become especially fragile since 2015. Investors have become much more cautious since the stock market meltdown that year and as the government has taken steps to cut financial leverage.

Speculation has arisen that LeEco is under regulatory scrutiny due to mounting concerns over its massive unpaid bills, complex equity collaterals and obscure connected party transactions among its subsidiaries, but an official at China’s securities regulatory body told Caixin that no formal investigation has been launched. A source close to the Shenzhen Stock Exchange said the bourse has submitted a research report on Leshi to regulators.

As Sunac China Holdings and Sun step up to manage major LeEco assets, Jia is losing control over the empire’s main businesses. Analysts said they expect Sun to heavily restructure the business to cut losses.

“Messy management and lax financial control, as well as hesitation for business adjustments, are the main problems of Jia,” said a person close to Sun. The person added that disagreements regarding LeEco’s management have mounted between Jia and the company’s white knight Sun, who in January agreed to invest 15 billion yuan for stakes in Leshi, filmmaking unit Leshi Pictures and smart TV arm Leshi Zhixin.

Jia envisaged that a core pillar of LeEco’s business ecosystem would be the smart TV business. He hoped it would become a key nexus linking LeEco’s paid contents and services with users. But the low price strategy designed to win market share has hurt the business more than it helped, according to Liang Jun, newly elected chief executive of Leshi and former president of Leshi Zhixin.

A company document obtained by Caixin showed that in 2014, LeEco lost 375 yuan for each smart TV set it sold. By the end of 2016, LeEco had sold a total of 10 million smart TVs. An industry expert said with rising manufacturing costs and copyright fees LeEco paid for TV content, LeEco’s smart TV business can be expected to see expanding losses.

Another major segment of Jia’s LeEco ecosystem is LeSports. Investors once valued the sports unit, which focuses on events operation and content streaming, at 20 billion yuan. But the unit found itself in a similar bind to other parts of the ecosystem, suffering serious capital crunch due to its heavy spending on broadcasting rights to sports events. In 2016, LeSports spent 1.35 billion yuan on such rights, but they only generated 50 billion yuan income for the company, according to Sun in March.

Jia has counted on paid content as the main revenue source of his business strategy. But Ma Shicong, an analyst at consulting and research firm Analysys International, said it will take much longer than Jia assumed for habits to change to where Chinese users are comfortable with regularly paying for content.

Without any clear profit model, the business coordination strategy pictured by Jia has only led to massive connected party transactions among different LeEco subsidiaries, with funds being moved around to fill holes. A recently released financial report of Leshi indicated that 44.6% of the company’s sales revenue came from other LeEco units last year.

The lack of clear boundaries between subsidiaries is a main factor behind the fast fall of the LeEco empire, said a former executive.

An April dispute between LeEco and its car-hailing subsidiary Yidao Yongche put the obscure money transfering inside the LeEco system under the spotlight. In a personal statement, Yidao founder Zhou Hang accused LeEco of having “misappropriated” 1.3 billion yuan of Yidao’s funds, causing a capital crunch. LeEco denied the accusation and asserted instead that it provided crucial funds to support Yidao’s heavily subsidized drivers. In June, Yidao said LeEco is no longer the company’s controlling shareholder.

“Any ecosystem firstly needs a profit model, rather than making one subsidiary profitable at the cost of other subsidiaries. But none of LeEco’s subsidiaries can be the profit generator,” a private equity investor said.

Sources told Caixin that an internal survey carried out in March found that LeEco had an outstanding debt of 34.3 billion yuan. Jia said at a June meeting with Leshi shareholders that LeEco had made 15 billion yuan in repayments to financial institutions since January. But early this month, China Merchant Bank requested a court order to freeze 1.2 billion yuan of assets owned by LeEco subsidiaries and Jia because of missed loan payments.

LeEco also has a huge stack of unpaid bills from its suppliers and business partners. A company source told Caixin that LeEco’s smartphone unit has over 1 billion yuan payment in arrears to its suppliers. Meanwhile, more than 20 listed firms claimed in their filings that LeEco owed them various fees, such as for advertising, that totaled 300 million yuan by the end of 2016.

Leshi’s first quarter financial report showed that Jia has pledged more than 97% of the stake he owns in Leshi for loans from institutions like Minsheng Trust and Yingda Capital Management Co. But, with trading in LeEco’s Shenzhen-listed unit suspended since April 17 and the overall business having declined, creditors feel stuck.

“On the one hand, we want to press LeEco to make payments. But on the other hand, we are afraid that it would go bankrupt, leaving us nowhere to claim the payments,” one creditor said.

Until early this year, LeEco companies were sweethearts in the capital market. Not any longer.

So far this month, 20 major Chinese mutual funds have slashed the value of their holdings of Leshi by about one-third, according to the funds’ public announcements. The funds said there could be substantial write-downs of their respective investments. Public documents show that four investors – including mutual fund Caitong Fund Management Co., Harvest Fund, China Post & Capital Fund and one individual -- that participated in Leshi’s private placement last August have seen a combined loss of more than 1.5 billion yuan on book for their investments.

Risk exposure to LeEco’s investors may be even broader. Many of LeEco’s unlisted equities were packed into murky wealth management products and sold to private equity investors and even small individual investors, sometimes through the shadow banking system.

A Caixin calculation based on public documents found that LeEco’s unlisted arms, including its filmmaking, sports and electric car units, have raised more than 25.5 billion yuan through private equity sales, in addition to 25 billion yuan raised from public share sales.

How this money has been spent remains unclear. And questions about how Jia himself has been impacted financially continue to surface in investor circles. Market documents showed that between 2014 and 2015, Jia and his sister Jia Yuefang earned 7.9 billion yuan from selling their stake in LeEco companies. In January, Jia sold part of his stakes in Leshi, Leshi Zhixin and Leshi Pictures to Sunac for 9.7 billion yuan. Jia now holds 25.67% of Leshi as the largest shareholder.

According to company statements, Jia has injected most of his personal gains from stake sales to the companies as loans. But company documents show that by the end of 2016, Jia’s personal lending to Leshi stood at 2.6 million yuan, while his sister was owed 434 million yuan.

Jia said in May that a main part of the money he earned from LeEco equity sales have been invested in the company’s electric car projects. LeEco has invested over 10 billion yuan into the project, said Jia.

Although mass production is still far away, Jia has big dreams for electric cars, and he eyes taking on Tesla. Since stepping down at Leshi, he has stayed in the U.S. to push forward mass production of its new energy car venture with Faraday Future, according to Leshi filings.

But that venture already has run into challenges. On July 11, Faraday Future said it had abandoned plans to build a $1 billion new energy car plant in Nevada and will look for other locations instead.