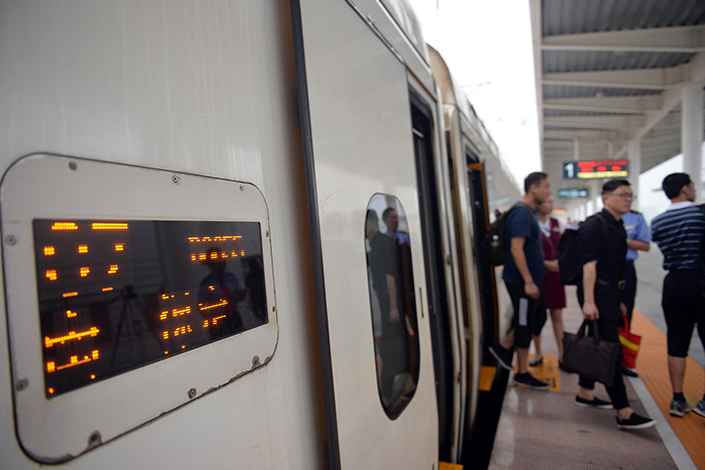 (Beijing) — A new commuter railway connecting Beijing to the Xiongan New Area is coming around the bend, with the government calling for public opinion into its potential environmental impact.

State-owned China Railway Design Corp. did not reveal in its initial announcement how many stops are planned along the 100-kilometer (62 miles) line, nor how long it will take to build. But it will stretch from the town of Huangcun in the Daxing district in northern Beijing to the east of Xiongan.

The route will have three stops inside Beijing, including one at the city’s second international airport, scheduled to open in 2019.

The commuter line will move workers cheaply and quickly in and out of the Xiongan New Area, a major economic zone announced by China in April. It is the biggest such economic development area since one in the southern city of Shenzhen and in the Pudong New Area in Shanghai.

The central government plans to develop Xiongan New Area into a high-tech hub that will woo research-and-development centers and academic institutions, including universities, away from Beijing to tackle population and pollution woes in the Chinese capital.

In addition, seven high-speed rail lines plan to have stops in Xiongan. The first bullet train linking Beijing to the Xiongan began operating on July 6.

The public will have until Aug. 4 to comment on the initial plan for the new rail line, and will be provided with a more thorough environmental impact study later, China Railway Design Corp. said.