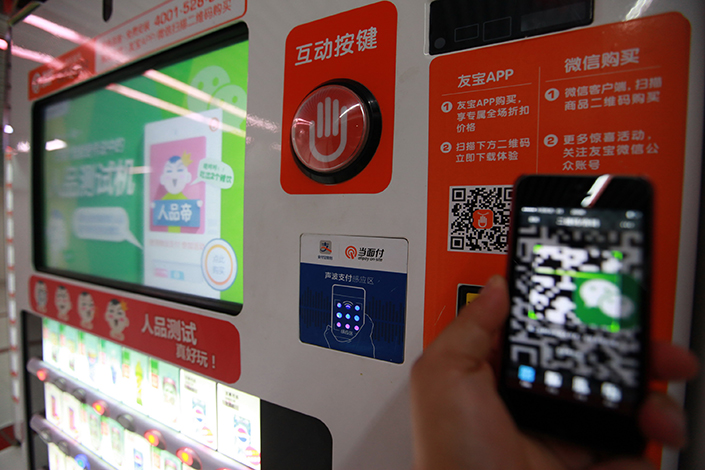 Fujian-based New Hua Du Supercenter Co. Ltd. said it has inked an equity-swap agreement with Beijing Ubox Online Technology Corp. Under the deal, Ubox — which runs more than 57,000 vending machines, the most in China — will be absorbed into New Hua Du.

The deal’s financial details haven’t been finalized, New Hua Du said in a statement on Saturday.

Some observers called the move a shortcut for Ubox — which is listed on the New Third Board, the national over-the-counter (OTC) exchange — to get onto the Shenzhen Stock Exchange, where New Hua Du is listed.

Upon completion of the deal, Ubox will delist from the OTC platform while New Hua Du will expand its market capitalization.

But analysts also said the deal will provide opportunities for both sides to explore new business models.

“The acquisition comes at a time when staffless retail is hot,” said Wang Liting, an analyst from Haitong Securities. “The deal will enable integration between supermarkets and smart vending machines.”

Companies with brick-and-mortar store experience, such as New Hua Du, have advantages in supply chain, warehousing and logistics, which largely facilitate their transformations, Wang said.

In 2016, New Hua Du’s profit rebounded to 54 million yuan from a loss of 373 million yuan a year earlier, driven in part by the three profitable e-commerce subsidiaries it acquired last year.

The company will continue to integrate e-commerce into traditional retail, it said in its 2016 annual report.

The company has also begun exploring other businesses, including M-Bar, a mini-karaoke service launched July 2016. The service allows customers to book singing booths placed in shopping malls. So far, Ubox has installed more than 2,000 M-Bars, which over five months last year generated 990,000 yuan in revenue.