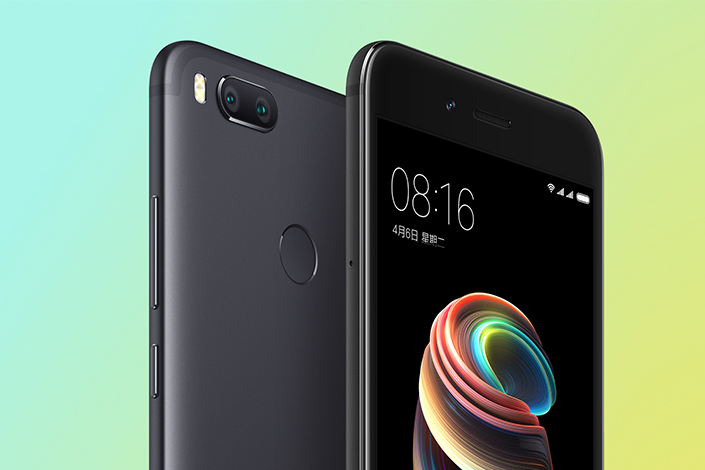 Xiaomi took China and the world by storm with its phenomenal rise to become the world’s third-largest smartphone maker in 2014, just four years after its formation, using a savvy online-only sales model and creation of artificial shortages to dominate its massive home market. But the company has stumbled badly since then, partly due to lack of a brick-and-mortar sales network that is still the preferred way for most consumers to buy new smartphones.

On Wednesday, Xiaomi unveiled its newest model, the Mi 5X, alongside a new smart speaker and the latest upgrade to its MIUI operating system (OS), based on Google’s Android. The model’s price of 1,499 yuan ($222) is far less than comparably equipped smartphones now in the market.

In a break with its past as an online-only seller, the company also announced a rollout plan for the model in its new brick-and-mortar store network. That includes availability in 68 such shops on Tuesday, in addition to its own online store and from e-commerce company JD.com Inc.

E-commerce is still a relatively secondary force in the smartphone market, accounting for about a fifth of total sales in China, said Sun Yanbiao, founder of mobile industry analyst Mobile No. 1. To address that reality, Xiaomi has opened 145 real-world stores to date, with an aim of reaching 250 by year-end and 1,000 over the next three years. Brick-and-mortar store sales also comprise a central plank of its strategy in India, its second-most important market.

The strategy shift has helped to stabilize and even reverse the company’s fall, which saw its smartphone sales plummet from about 70 million in 2015 to just 41.5 million last year, according to data tracking firm IDC.

Xiaomi’s own data show the company posted a 70% jump in unit sales in this year’s second quarter, with 23.2 million units sold worldwide.  New data that came out this week from third-party analyst Canalys reinforced that view, saying Xiaomi shipped nearly 15 million units in its home China market during the quarter, up 60% from the first quarter. That performance allowed it to overtake Apple Inc. to become the fourth-largest player in China, the world’s largest smartphone market responsible with about a third of global sales.

“Xiaomi still offers the best value in the Chinese market, and it remains the preferred choice for price-conscious consumers,” said Canalys analyst Lucio Chen. “The online channel continues to be a key route to market for Xiaomi.”

In another positive development, the company also recently secured a $1 billion syndicated bank loan, a Xiaomi source told Caixin, in what would be its largest disclosed funding since its downturn.

IDC analyst Tay Xiaohan said the new model wasn’t that different from previous models, though the new smart speaker could help energize sales, especially due to its low price.