By Jiang Bowen and Wu Gang 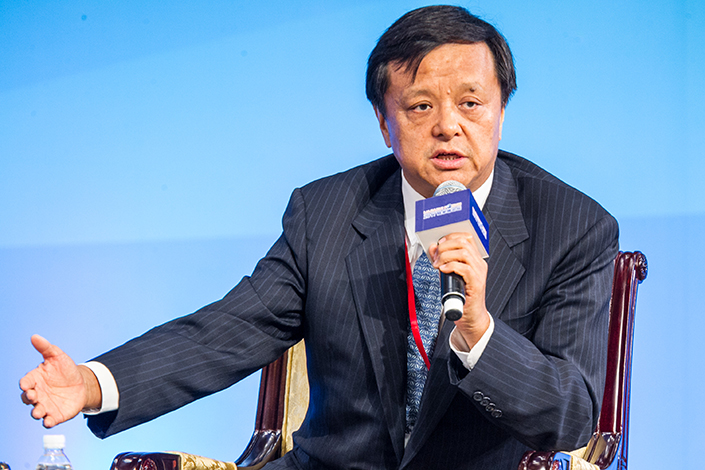 Hong Kong Exchanges and Clearing (HKEx) has proposed setting up a third trading platform that some worry will become a breeding ground for shell companies. Above, HKEx CEO Charles Li attends an investment forum in Shanghai on June 20. Photo: IC

(Hong Kong) — Hong Kong’s third board, still in the proposal stage, won’t become a hotbed of “shell” companies that have little investment value, the operator of the city’s stock exchange said Wednesday.

In mid-June, Hong Kong Exchanges and Clearing (HKEx) proposed setting up the New Board, the city’s third trading platform. According to the proposal, the New Board will have two tiers — “New Board PRO” for startups and “New Board PREMIUM” for growing companies.

The New Board aims to attract new listings from so-called “new economy” and technology companies, including Alibaba Group Holding Ltd., which decided to list in New York instead of Hong Kong in 2014. One way to do that is for HKEx to take on companies without any record of turning a profit, but that has become a controversy in the city on concerns about weakening the overall standards of corporate governance and investor protection.

Some are concerned the New Board may become a market for “trash” companies that exist primarily to be sold later as “shells” for other companies that want to go public via this backdoor listing.

On Wednesday, Charles Li Xiaojia, chief executive of HKEx, tried to allay the concern in an article on the operator’s social-media platform.

“As listing on New Board PRO will be much easier, there would not be demand for the listing status or ‘shell’ which would drain away much of its value as a tradable commodity,” Li wrote.

Li said lowering the listing requirements for the New Board is because a high bar could strangle promising startups that have potential to develop into stellar companies in the future.

“If we do not want to miss the grand slam home runs, we have to make it easy for early-stage companies to access capital without making them spend limited valuable resources to work through a rigorous vetting and regulatory process,” he wrote.

To protect ordinary investors, HKEx is planning to allow only professional investors to access these risky stocks when the New Board begins.

HKEx is seeking public comment about the proposed New Board, the third platform beside the existing Main Board and the Growth Enterprise Market (GEM).

A big chunk of companies listed in Hong Kong are in the financial and real estate sectors, accounting for 44% of all money raised on the Hong Kong stock market. In comparison, new economy companies listed over the past 10 years only account for 3% of the market capital, according to HKEx.

Li also revealed on Tuesday that HKEx will launch a new venture called HKEx Private Market in 2018 to nurture early stage companies before they are ready to go public. The off-exchange venue platform, based on blockchain technology, will enable the companies to conduct pre-IPO financing not restricted by the Securities and Futures Ordinance, he said.