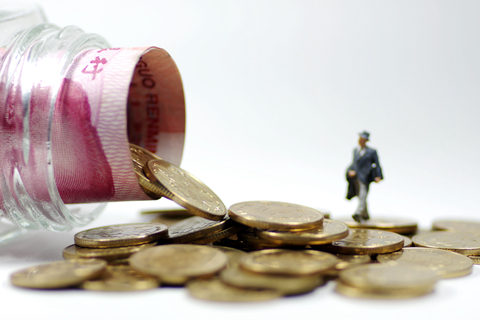 By the end of June, interbank assets in the capital city declined almost 30% from the beginning of the year to 1.5 trillion yuan ($223 billion). Interbank liability, the total amount of money banks owed to each other, decreased almost 14% to 3.2 trillion yuan, according to data from the Beijing branch of the China Banking Regulatory Commission (CBRC).

As a result, total assets of Beijing’s banking sector dropped 1.8% between January and June to 21.2 trillion yuan as of June 30, according to Jiang Ping, deputy director of the municipal banking regulatory bureau, at a press conference Thursday.

The declines in interbank assets and liability indicate that regulatory measures taken by the central bank and the CBRC are starting to rein in risky lending practices that could threaten financial stability, Jiang said.

Early this year, banking regulators started curbing the sale of negotiable certificates of deposit, a major interbank borrowing tool, amid mounting concerns that excessive interbank borrowing contributed to a buildup of risk in the financial system.

Regulators have targeted interbank borrowing especially after a bond-market rout in December, as banks borrowed aggressively from each other and used the money to buy the asset management plans of other banks and financial institutions. A significant amount of the funds wound up in the bond market through layers of intermediaries in a process that amplified the liquidity risk each institution faced.

Off-balance sheet wealth management business also declined over the first six months. By the end of June, the outstanding value of wealth management products (WMPs) held by Beijing banks dropped 2.2% from the beginning of the year to 3.16 trillion yuan. Total funds raised by bank WMPs declined 5.5% to 6.77 trillion yuan, according to Jiang.

A source close to Beijing’s banking regulators said banks have shifted their focus away from WMPs because of the tightened regulatory scrutiny. Meanwhile, investors are losing their appetite for WMPs as liquidity tightens.

Since last year, financial regulators have issued a slew of policies to contain risks related to a surge in WMPs, which largely fell outside banks’ balance sheets and regulatory oversight. Last year, the central bank implemented the Macro Prudential Assessment framework, a comprehensive financial risk monitoring and mitigation system, to apply more scrutiny to most interbank and off-balance sheet dealings.

Despite the cooling interbank and off-balance sheet activities, banks in Beijing reported that first-half profits rose 14% from a year earlier to 130 billion yuan, Jiang said.

Loans outstanding by Beijing’s banking sector stood at 8.29 trillion yuan at the end of June, up 7.5% from January. The non-performing loan ratio was 0.37%, down 0.22 percentage points.

Beijing is one of the major hubs of China’s banking sector, holding 9% of the country’s total banking assets. There are 4,774 banking outlets in the city operated by 115 banks.