Chasing Unicorns: HNA Turns to In-House Incubator to Find the Next Big Idea 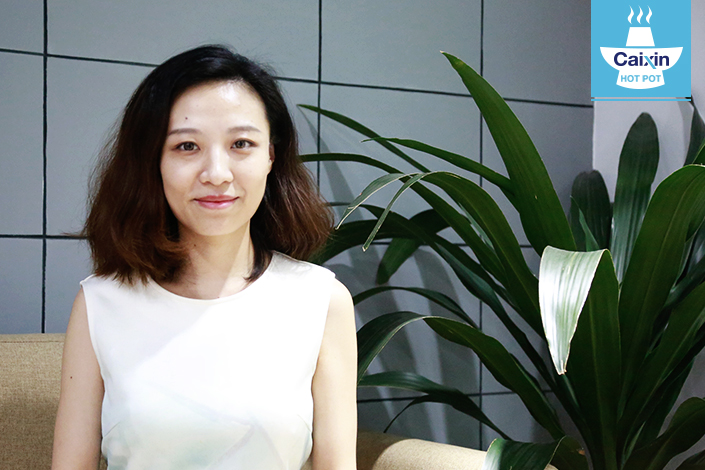 Xiyu Zhang, general manager at HNA Innohouse, says that although the number of startups dropped year-on-year in the third quarter of 2016, the number of high-quality startups remained the same. Liu Xiao/Caixin

Xiyu Zhang, general manager at HNA InnoHouse and a coder by trade, is tasked with ensuring that resource-hungry startups have the tools they need to develop their businesses. Founded last year, the young division of conglomerate HNA Group manages a partnership with Silicon Valley-based technology campus RocketSpace and aims to bring to China the managerial expertise needed to foster tech startups. RocketSpace has an impressive track record, having graduated the likes of Uber, Spotify and many other “unicorns” that have valuations above $1 billion.

But the firm faces stiff competition from a growing number of workspace operators and a declining number of startups. During the third quarter of 2016, there was one new startup established every day, down from two per day a year before, according to data firm ITJuzi.

“The number of high-quality startups has not declined,” Zhang said. “When the government first started talking about promoting innovation and entrepreneurship in 2014 and 2015, there were a lot of startups that were riding the regulatory wave without having the necessary capabilities.”

U.S.-based WeWork, which is valued at $20 billion, moved into the Chinese market earlier this year, and now runs nine workspaces in Beijing and Shanghai. Other domestic big names such as internet company Tencent Holdings Ltd. and e-commerce firm JD.com Inc., as well as universities, have also started operating their own incubators, which work with early-stage startups; so-called accelerators, which foster more mature startups; and shared workspaces.

Caixin: Could you explain where HNA InnoHouse fits in under HNA Group?

Zhang: HNA InnoHouse is a subsidiary under HNA Technology, which itself is a subsidiary of HNA Group. At the highest level, HNA Group manages the office of the board of directors as well as the conglomerate’s public relations and strategic direction. Its seven subsidiaries lead a cross-section of business operations, including tourism, finance, real estate, logistics, and media and entertainment. Among these subsidiaries, HNA Technology is the largest in terms of assets under management.

This year, HNA Group was No. 170 on the Fortune Global 500 list, which ranks companies by revenue. If the subsidiaries were separated, HNA Technology itself would rank among the top 200 firms. This is because we made some large acquisitions last year, including Ingram Micro, the largest wholesaler of IT products in the world; and Pactera, an IT services firm.

Can you tell us about the history of HNA InnoHouse and some examples of firms that it has successfully incubated?

InnoHouse started as an internal incubation unit. We tried to provide employees the resources they need to develop their ideas. Then with government initiatives to support innovation and entrepreneurship, we made the internal unit an external one.

Xiaoer, for example, was started in 2014 based on ideas from HNA employees and was among the first car-sharing firm in the industry. The company’s focus is now on developing their new-energy vehicle business and has already put in place over 1,000 charging machines in towns and counties in the southern island province of Hainan. The car-sharing service also benefits from its connection to HNA’s tourism products. The company is well-established in Hainan and has plans to enter Xi’an this year.

HNA’s investment in California-based RocketSpace last year attracted international attention. Can you tell us about the thinking behind this investment?

There is a level of serendipity in this investment. In 2015, I organized a trip to meet with innovation companies in the U.S. On this trip, the current head of HNA Technology met the founder of RocketSpace and had a very positive interaction. So when we learned that RocketSpace was in in its second round of financing and considering a strategic expansion into China, we naturally wanted to consider investing.

The investment in RocketSpace is to help us have professionals carry out the operations of an incubator. We want to integrate their incubation and acceleration abilities with HNA’s resources, such as government relations and property management resources. This can help RocketSpace China, which is majority-owned by HNA Technology, to improve its operating model.

What were some of the difficulties you faced when negotiating the partnership?

RocketSpace put a lot of time and resources into developing predictive models for the Chinese market. I think it is possible to predict with a reasonable amount of accuracy what can happen in the next three to five years. But the Chinese market is full of uncertainties and it becomes very difficult to make accurate projections for longer time frames. We tried to steer the conversation to regulations and macroeconomics to understand the bigger-picture factors affecting the (high-tech) industry and away from spending too much time on models with very specific inputs that may not necessarily reflect reality.

What kind of startups does RocketSpace China currently host?

Most of the enterprises we accept have received at least angel funding. We have already opened an technology campus in Shenzhen and plan to open a site in Xi’an in September and another one in Beijing later this year. Campuses for Shanghai and Hong Kong are planned for next year.

Right now the campus in Shenzhen hosts about a dozen firms, which are all made up of international teams. They are in industries such as virtual reality and gaming. We worked closely with several chambers of commerce in Shenzhen, which is why there is such a large number of foreign firms being incubated. Of the companies waiting for approval to join RocketSpace China, about 60% of these startups are foreign-led teams.

What is RocketSpace China’s advantage in helping start-ups develop?

We are able to provide industry resources. Most other incubators and accelerators can only provide help with business registration, legal issues and human resources, but cannot provide any information on market demand or integrate the business venture with existing businesses. For HNA, this is readily available. Every day, we produce large volumes of information on demand for products and services from our upstream and downstream businesses.

Especially for companies that complement or improve on HNA’s currently existing businesses, there are large volumes of industry information we can provide. It is completely possible that one of our existing business units will buy a startup they see potential in or possibly sign a service contract with them.

What other lines of business is InnoHouse in?

We help build high-tech clusters. For example, Hainan Data Hub is a space in downtown Haikou, capital of Hainan province, that houses many technology firms. The industry cluster was developed because the Hainan government wanted to push forward development in internet industries, but lacked the management capabilities. So we provided space in the downtown area and grouped companies by industries so they can improve their products and services more quickly.

We have plans to work with the Xi’an and Chongqing government to create more high-tech clusters.

The wording of the original version of this interview has been clarified to change the description of RocketSpace as a “technology campus,” and to refer to HNA’s financial stake in the company as an “investment.”