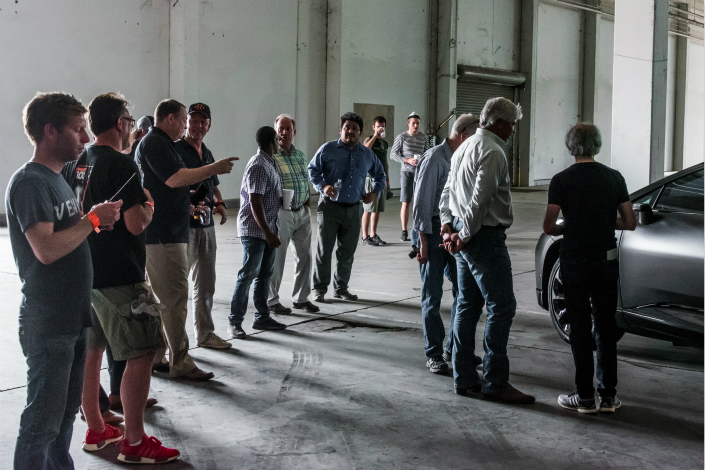 Faraday Future, the new-energy car maker backed by the founder of China’s cash-challenged LeEco, said on Monday it will move its production plans to a California facility as it races to meet a target of commercial production by next year.

The new site will be in the California city of Hanford, midway between Los Angeles and San Francisco, Faraday said in a statement. The company has signed a lease for the site, which offers access to important infrastructure such as rail and trucking lanes.

Faraday had previously planned to build a $1 billion production facility in the Las Vegas area from scratch, which would have taken more time due partly to the need for completely new infrastructure.

The U.S. company has made headlines in China due to investment it received from LeEco founder Jia Yueting, a strong believer in new-energy smart vehicles. But an overly rapid expansion for LeEco in China created a cash crunch for the company, leading to Jia’s ouster in most of his roles last month by new investor Sunac China Holdings Ltd.

As he leaves most of his roles at the online video company he founded, Jia has indicated he will take the helm of LeEco’s new-energy vehicle operations, which include its own production plans in addition to his personal investment in Faraday Future.

Jia was reportedly in the U.S. last month to help Faraday chart its future, including the identification of a new production site after the company said it was temporarily putting the brakes on the higher-profile $1 billion North Las Vegas location in the state of Nevada.

The 1 million-square-foot facility in neighboring California currently contains an existing tenant that will move out in November, and will be leased by Faraday Future initially rather than purchased outright.

“We know there is a lot of work and risks ahead, but this event represents a major step forward for the company,” Faraday Chief Operating Officer Stefan Krause said. “As we begin this next phase in our company’s history, our efforts to build out strong corporate leadership will bring a new focus to Faraday Future and deliver on our commitments to employees, investors, suppliers, and future users, who have shown exceptional patience and resilience through the company’s difficult times.”

To fund its continued operations, Faraday is aiming to raise $1 billion in new funds by next year, according to a knowledgeable source. Half of that is nearing completion, and the company hopes to close that portion by the end of September, the source added.

Faraday is moving aggressively in a bid to meet its target of starting commercial delivery of its car model, the FF91, sometime next year. The company is aiming to offer the FF91 using a less-conventional business model that wouldn’t require buyers to purchase cars outright and would represent a “new way of vehicle ownership,” the source added.