For Chinese Insurers, Is Party Over? 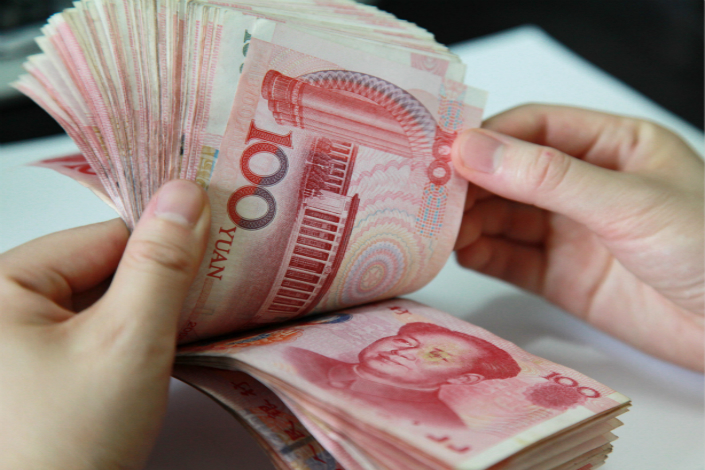 Returns from investing in Chinese insurance companies are dropping from their recent peak as the government regulator tries to keep opportunistic money out of the ballooning sector. Photo: Visual China

(Beijing) — These days, Chinese insurers aren’t the cash cows that they used to be.

Well, that they shouldn’t have been in the first place.

Returns from investing in Chinese insurance companies are dropping from their recent peak as the government regulator tries to keep opportunistic money out of the ballooning sector. The China Insurance Regulatory Commission (CIRC) has not issued any new operating licenses since March. Meanwhile, it has banned insurers from selling exotic insurance policies that are in fact high-risk investment products and has made it more difficult for investors to sell their stakes in the insurers for quick cash.

Stellar sales of high-return investments products, usually marketed as insurance policies, funded a spending spree by Chinese insurers at home and abroad over the past several years. Underregulated, superleveraged insurers have resulted in concerns about how hidden risks are growing within the already bloated financial system, and that led to the regulator’s clampdown on risky, and sometimes reckless, corporate behavior.

Among four major Chinese insurers listed in Hong Kong, the average return on equity, or how much profit a company generates with each dollar of shareholder equity, continues falling after being almost halved in 2016 from the previous year, according to data compiled by Bloomberg.

“The insurance industry, naturally, doesn’t offer high returns. It’s supposed to be hard for new operators to become profitable, especially for small and midsize insurers,” a senior executive at a Chinese insurer said. As regulatory curbs intensify, “insurers are no longer a hot ticket for investors,” the executive said.

During the first four months of this year, 11 listed companies announced plans to start or be a part of a new insurance operation. Six of them managed to jump on the bandwagon and were licensed before the CIRC stopped approving new operators in March. No new plans have been unveiled since the beginning of May.

This stands in stark contrast to last year, when 37 listed companies signaled their planned foray into insurance, and 20 of them secured a license.

For now, there are about 200 applications awaiting approval, according to official data.

Tighter regulations, some market-watchers believe, have helped weed out some of the “bad guys” who primarily want to amass a quick fortune through the insurance platform. Demand for access to these disguised personal financing platforms has inflated the price of these licenses, they said.

Zhou Jin, a consultant at another auditing firm, PricewaterhouseCoopers (PwC), added that the value of insurance licenses will drop as investors are now less eager to join the more-regulated sector.

However, some industry executives argue the opposite.

Several analysts said that the recent regulatory moves to rein in insurers will not necessarily trigger a surge in shareholders’ giving up the idea of opening new insurers. Instead, as the regulators tightened the rules, fewer market-entry permits will only increase the value of an investment in the insurance sector.

Chen Wenhui, a CIRC vice chairman, said in December that insurers should go “back to the basics,” meaning they should refrain from aggressive or disguised policies and focus on being “cautious and prudent” investors.

The regulator issued five major policy documents during the first half of this year, covering almost all aspects of an insurer, including investment activity, risk control, marketing, and design of policies. The aim is to uncover and stop irregular, illegal and risky practices that could threaten the solvency of insurers and thus the wider industry.

One of the new rules: The controlling shareholders of an insurer — those who own a stake of 30% or more — are not allowed to sell their stake within five years, up from the three years proposed previously. So-called strategic shareholders, or those who own a stake of at least 15% but less than 30%, cannot offload within three years, up from two years previously.

“The insurance industry should focus on long-term return, which requires shareholders to have some patience,” Zhou said. “It is bad for the entire industry if strategy-making executives at insurance companies all become shortsighted.”

But he added that for investors who have justifiable reasons to exit within the lengthened lockup period, new restrictions mean much less flexibility for them.

Moody’s Investors Service also said the moves will increase short-term pressure on the industry. “Those that rely on raising funds by selling short-term products and making aggressive investments to seek high yields will likely suffer the most,” Moody’s said.

Another new rule: Checks on the source of capital and shareholding structure are strengthened in a bid to minimize financial risks.

A stable shareholding structure, especially the controlling shares, is crucial for corporate governance and strategy particularly for small and midsize insurers, a senior executive of a Chinese insurer said.

Xiang Junbo, the former CIRC chairman who is now being investigated for “severe disciplinary violations” — a common government euphemism for corruption — once urged insurers not to “challenge the bottom line of regulation.” He said the watchdog will “never allow the insurance industry to become a rich man’s club.”