By Wang Xiaoqing and Coco Feng 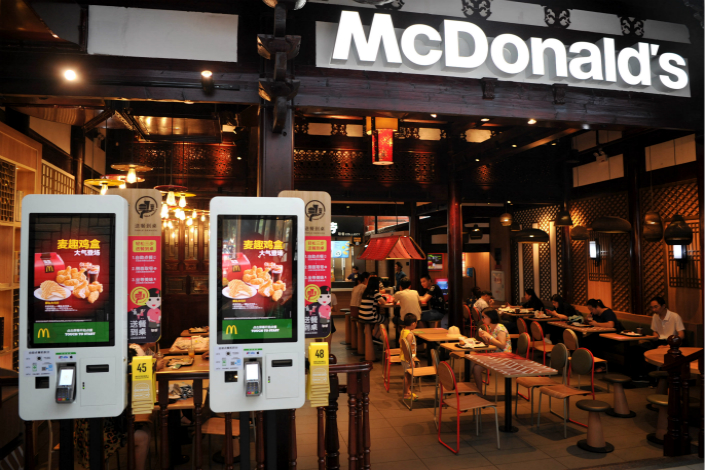 The McDonald's fast-food chain plans a large expansion over the next five years, mostly in third- and fourth-tier cities. Photo: Visual China

The McDonald’s fast-food chain will expand its number of restaurants in China to 4,500 within five years, the company said.

The ambitious plan still would have McDonald’s lagging behind rival KFC, which saw the number of its outlets in the country swell to over 5,300 this year.

The announcement comes after McDonald’s completed a spinoff of its China operations on Friday and set up a new joint venture with Citic Ltd., Citic Capital and Carlyle Capital. Under the agreement, the new group will own the existing 2,700 McDonald’s restaurants on the Chinese mainland and in Hong Kong — as well as any newly constructed ones — for the next 20 years.

The new restaurants will be mainly in smaller third- and fourth-tier cities, and by 2022, the proportion of outlets in these cities will rise from the current 35% to 45%, McDonald’s China CEO Zhang Jiayin said at a news conference on Tuesday.

As the umbrella Citic Group has resources in property and real estate, it will provide access for future McDonald’s locations, said Zhang Yichen, newly appointed chairman of McDonald’s China, who is also chairman and CEO of Citic Capital.

Zhang said that its rate of opening new locations will rise from 250 per year to 500 within a few years later.

Both fast food giants have made forays into online-to-offline (O2O) food delivery, a popular service in China. Zhang said that McDonald’s will add 2,000 more delivery-capable locations by 2020, making 75% of its restaurants able to provide the service.

“American people might not understand how important food delivery is in China, so the China company will push forward this service first,” Zhang said.

O2O food delivery in China had a market value of 166 billion yuan ($24.75 billion) in 2016, and will hit 204 billion yuan this year, according to consultancy iiMedia Research.

In May, KFC acquired an 80% stake in Daojia, an online aggregator with brands focusing on higher-end delivery market segments. Yum China said that more than 4,900 of its China restaurants — including KFC and Pizza Hut — were able to deliver food, contributing about 13% toward sales in the second quarter.