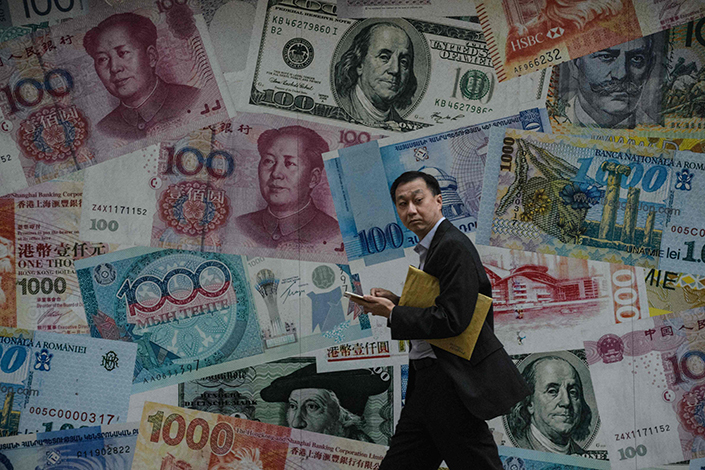 (Beijing) — China’s outbound investment slowed in the first half on rising geopolitical uncertainties and closer Chinese government scrutiny on cross-border investments as it seeks to stave off capital flight and financial risk.

In the first six months of 2017, China’s nonfinancial outbound direct investment (ODI) fell 46% year-on-year to $48.2 billion. The amount for all of 2016 was $170.1 billion, according to a report published by the accounting and consulting firm EY and the China Mergers & Acquisitions Association (CMAA).

“Chinese firms’ buyout of overseas assets have decelerated since the beginning of 2017. It has resulted from government measures that started at the end of last year to rein in irrational acquisitions and deals involving companies’ noncore businesses. It’s also related to rising uncertainty over global politics and the world’s economies,” said Chen Shuang, rotating chairman of the CMAA and executive director of China Everbright Ltd.

China’s ODI started to take off in 2008, when it was $40.7 billion, according to data from Wind, an economic data compiler. In 2014, it broke through the $100 billion threshold for the first time. Last year, China’s ODI surged 44.1% year-on-year as Chinese firms invested in 7,961 overseas enterprises in 164 countries and regions.

But since the slowdown in ODI began this year, there have not been any signs that the Chinese government will loosen its grip on extravagant overseas investments.

HNA Group Co. Ltd., the parent of Hainan Airlines, was one company that has had to lay off investments abroad.

Last month, international media reported several Chinese banks that had supported HNA’s overseas shopping spree over the last few years have decided to stop extending new loans to the conglomerate. Lenders pulled back after regulators asked them to assess their credit-risk exposure to a list of companies that have indulged in overseas acquisitions, such as HNA.

Despite a slowdown in ODI, China’s drive to go global continues, though it has grown more rational, which one can see in the quality of recent investments, analysts said.

A diversification of funding methods for buying out foreign assets also led to a drop in ODI numbers, Chow said. “Many Chinese companies are exploring innovative financing channels, such as leveraging Hong Kong as a platform or using offshore assets of overseas entities for financing, leading to a statistical decrease in outward ODI flows,” she said.

Chow also predicted that China’s ODI will not drop significantly in the second half as the yuan stabilizes as capital outflows ease. She forecast that China’s ODI for all of 2017 will hit $110 billion, with investors growing much more selective.

“The tricky thing is to find premium projects, not move capital abroad,” she added.