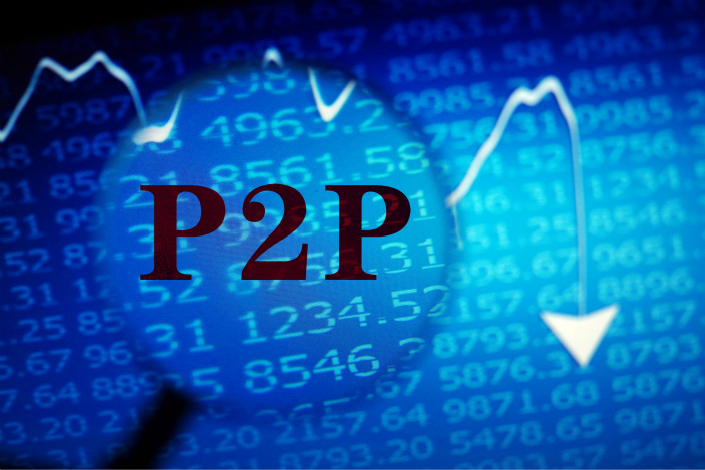 Hongling Capital knows when to call it quits.

This 8-year-old Chinese online peer-to-peer (P2P) lender, unlike other microloan-focused players, rose to fame by granting big-ticket loans of as much as 400 million yuan ($60 million) to a single corporate borrower.

But several massive defaults and a looming 200,000-yuan cap per loan have pushed China’s largest P2P lender over the edge. Late last month, Hongling declared that its P2P business model doesn’t work, and the company will exit the industry in three years.

More individuals and companies — even lower-level governments — are binging on loans from such P2P platforms, which are outside the formal banking system. Online loans doubled in 2016 from the previous year to 2.41 trillion yuan, according to data from the People’s Bank of China.

Meanwhile, risks to these nonbank lenders as well as the entire financial system are also growing. Scams involving fake borrowers and absconding managers have hit the news now and then. The ceiling on online loans, to take effect later this month, is one of the ways the Chinese government is trying to rein in those credit risks.

“It seems online lending is not what we are good at, and we don’t have much confidence in its prospects,” Hongling Chairman Zhou Shiping said in a post on the company website last month. “It’s only a matter of time for me to ultimately bow out of the market.”

Zhou broke the news on July 27 that the company plans to wrap up all its outstanding loans in three years, and to recoup some of its losses due to bad debts by auctioning off property or company stock pledged by borrowers as collateral, he said.

The company is sitting on about 800 million yuan of bad loans and has barely made any profits in its eight years of operation, he said. The bad-loan ratio has recently risen to 3.5%, up from the 2% to 3% range back in 2015.

Higher default risks, which largely rise with the size of loans, and a slowing economy were the nails in Hongling’s coffin.

In late March, China Huishan Dairy Holding, which borrowed 50 million yuan from Hongling, defaulted on some of its debts. The news sent Huishan’s Hong Kong-listed shares down 85% in a single session, the sharpest one-day decline of a stock in the bourse’s 126-year history. Even though Huishan has pledged its stock as collateral, its value has dropped so drastically that the lender unlikely recovered its losses.

On Aug. 24, 2016, the China Banking Regulatory Commission (CBRC) and the central government said they would institute new caps on the size of P2P loans exactly 12 months later.

Noncompliance will result in a warning and a fine of up to 30,000 yuan — insignificant compared with the size of loans being approved. That explains why P2P lenders appeared slow to catch up with the new rules during the one-year grace period, market watchers believe.

Last month, over three-fifths of the country’s top 1,044 online lenders were still lending to individuals more than the cap would allow, according to data from Wangdai Zhijia, or literally as “Home of Online Lending,” which tracks the P2P lending industry.

Having said that, the proportion had come down from near 90% in August 2016, the data showed.

From big to small – not that easy

Why won’t Hongling switch to granting small loans and stay in the business?

The switch, if at all worthwhile for Hongling, is not as easy as it seems, Zhou said.

But after all, a sustainable P2P business hinges very much on the access to reliable credit information, industry executives say.

If a large enough pool of credit data is available, potential online fraud could be detected early by finding out conflicts and questionable details in people’s transaction history, said a senior credit-reporting manager.

Also, the industry lacks a unified infrastructure in which P2P platforms can share credit information, which several operators said will play a crucial role in curtailing frauds.

Some leading platforms have already started exchanging information on risky borrowers, said Shen Xin, the head of public relations at ppdai.com, one of the mainland’s largest online lending platforms.

But, apparently, the blacklist is still not long enough, Shen added.