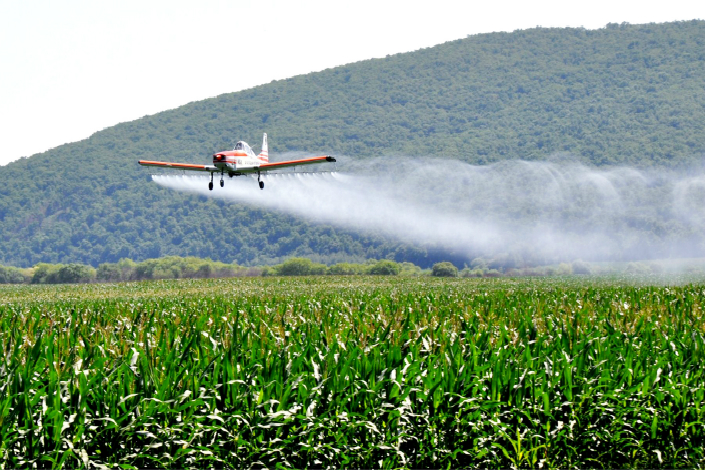 China’s general aviation sector, which includes planes used by agriculture, industry and forestry, logged 373,000 hours of flight time in the first six months of 2017, up just 1% from the same period in 2016. Above, a crop-dusting plane flies over a farm in July 2012 in northeastern China’s Heilongjiang province. Photo: Visual China

China’s general aviation sector, which is separate from big commercial airlines, posted almost no growth in the first half of the year in terms of flight time, stifled by numerous obstacles despite Beijing’s big plans to advance the sector.

General aviation, which includes planes used by agriculture, industry and forestry, logged 373,000 hours of flight time in the first six months of 2017, up just 1% from the same period in 2016, according to data released by the Civil Aviation Administration of China (CAAC) on Tuesday.

China’s airspace has traditionally been mostly controlled by the military, the legacy of a period when the nation was relatively poor and commercial aviation was nearly nonexistent. But as the economy has soared over the last two decades and living standards have risen, Beijing has moved to develop both the commercial and general aviation spaces.

Beijing has mapped out big plans for the development of the general aviation sector, aiming to create a 100 trillion yuan ($150 billion) industry with 5,000 planes flying more than 2 million hours a year from 500 airports by 2020. But the progress has been hampered by bureaucracy and other factors due to the sector’s newness and large number of oversight bodies, said Yu Biao, deputy head of the CAAC’s transport section.

Yu pointed out that many companies have been eager to invest in the general aviation sector in response to Beijing’s desire to build up the space, but that progress so far has been less than satisfactory. He added that a lack of standards is also slowing the sector’s progress.