By Huang Rong and April Ma 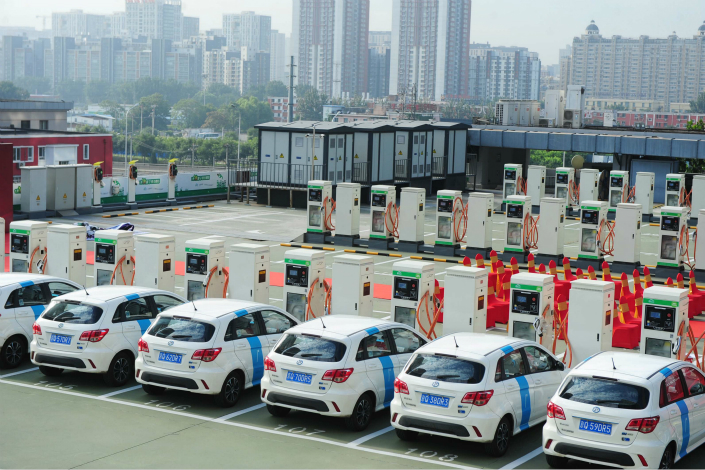 (Beijing) — Chinese-backed electric-car venture Future Mobility Corp. — which has ambitions to mass-produce a self-driving car by 2020 — continues to fuel expectations, securing $200 million in funding from private investors this week.

The announcement, from company President Daniel Kirchert on Tuesday, comes after Future Mobility revealed plans in January for an 11.6-billion-yuan ($1.73 billion) factory in Nanjing.

Kirchert — who along with other top members of the firm are former executives at global car-makers such as BMW and Tesla Motors — said his firm, which began as a joint venture between tech giants Tencent Holdings Ltd. and Foxconn Future Mobility, has raised more than $300 million in three funding rounds.

Tencent and Foxconn backed out of their pledge to each invest 300 million yuan to the startup late last year. Hong Kong-listed dealership franchise Harmony Auto — which according to the original joint venture plan holds 40% of the company — introduced new investors, including Jinheng Investments.

Construction for the first phase of the Nanjing plant is scheduled to finish in 2019 and will have a capacity to produce 100,000 electric SUVs per year, which will reach the market in the same year. The firm’s Zhixing-branded SUV will debut at the Consumer Electronics Show in Las Vegas in 2019.

Once completed, the Nanjing plant will be able to produce 300,000 vehicles a year for the global market.

Future Mobility’s drive comes as Beijing encourages the development of new-energy cars to help clean up the nation’s polluted air and also develop cutting-edge technologies that can be exported.

Generous government subsidies for manufacturers like Future Mobility led to a boom in new activity, as companies hoped to tap new demand fueled by Beijing’s ambitious sales targets. But the government largesse also led to widespread abuses and corruption, prompting Beijing to sharply scale back the program this year, forcing companies like Future Mobility to diversify their funding sources.

At the same time, Future Mobility’s cars also play to another Beijing priority, to build up development of artificial intelligence that lies at the heart of such self-driving cars. Leading search engine Baidu Inc. has been a domestic leader in the self-driving car space, but other major internet companies, including Tencent and LeEco, have also jumped on the bandwagon.