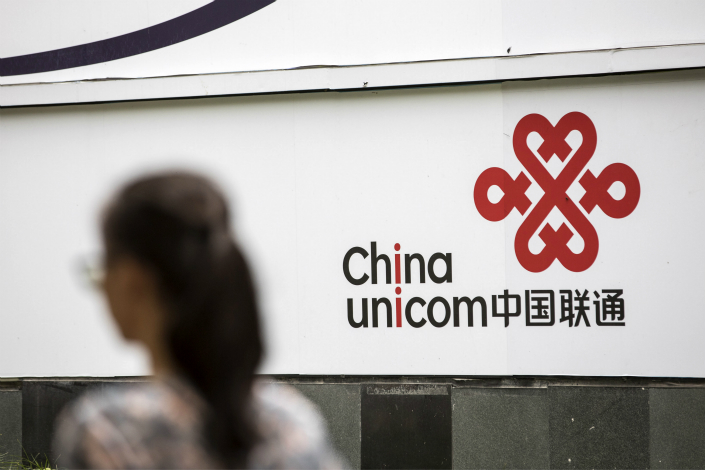 China Unicom Ltd. said a unit of its parent company will buy up to 6.65 billion shares of the Hong Kong-listed company for a price of HK$13.24 per share, representing a 10% premium on Unicom’s closing price before the announcement. Photo: Visual China

Hong Kong-listed telecom services provider China Unicom Ltd. said it will raise HK$88 billion ($11.3 billion) by selling new shares to its parent through a private placement, as part of its recently announced plan to become more dynamic by teaming up with the private sector.

Unicom said Unicom BVI, a unit of its parent company, would buy up to 6.65 billion newly issued shares on the Hong Kong-listed company for a subscription price of HK$13.24 per share, according to a filing to the Hong Kong stock exchange late Tuesday. That price represents a premium of 10% to Unicom’s last closing price before the announcement. The new shares will represent about 22% of Unicom’s enlarged share count after the new shares are issued.

Hong Kong’s stock exchange was closed on Wednesday morning due to a typhoon.

Unicom had previously announced its intent to raise money in Hong Kong, as part of the broader plan first announced last week under Beijing’s mixed-ownership reform pilot program. But at the time it was still deciding between a rights issue and private placement. The mixed-ownership plan aims to make big state-owned enterprises like Unicom more dynamic by introducing big-name private sector partners.

Money raised from the share sale by the Hong Kong-listed Unicom will be used to support the mixed-ownership reform plan, which will see the company explore new initiatives with some or all of its new partners.

Unicom said it will use about HK$47 billion of the funds from the private placement for upgrading its 4G wireless network, and another HK$23 billion for work related to its upcoming 5G network.

“The proposed subscription is part of the mixed ownership reform plan being implemented by Unicom Group,” Unicom said in a statement. “Following the completion on the proposed subscription, the company’s total assets and net assets will increase and its liabilities-to-assets ratio will decrease. Accordingly, the company will be able to carry out more investment, financing and research and development activities.”