By He Xin and Coco Feng 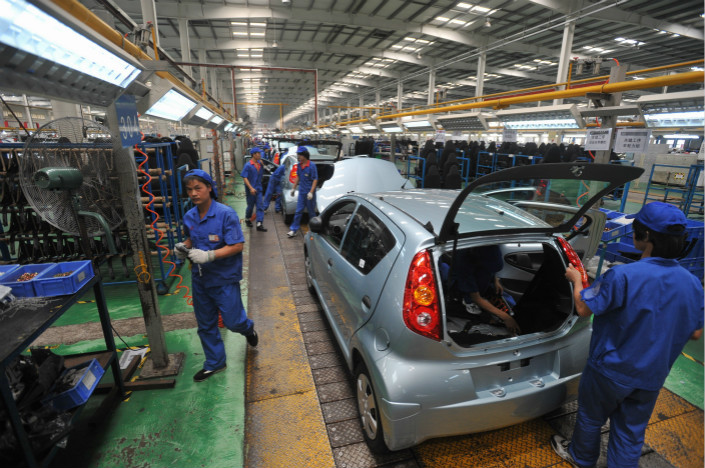 One of China’s leading electric-vehicle (EV) makers, BYD Auto Co. Ltd., says it plans to launch “mini and small-size” EVs within two years in reaction to rising demand for budget transportation in small towns and villages.

Consumer demand for EVs has been surging in China. First-half EV sales surged nearly 63% compared to the same period last year to about 132,000 units, according to the China Association of Automobile Manufacturers. EV sales growth far outpaced the entire auto market, which saw first-half sales climb 3.8% to 13.35 million units.

A government effort to promote zero-emissions transportation in the fight against air pollution has helped spur EV sales. For example, manufacturers and buyers can qualify for government subsidies.

And in big cities, EV buyers have been given a better shot than other drivers at obtaining license plates, which are tightly controlled by local authorities as a traffic-control measure. In congested Beijing, for example, licenses are distributed through a bimonthly lottery system. In the April session, 1 out of 800 candidates got the OK to have a gasoline-fueled car, while half of applicants secured car plates for a renewable-energy vehicle.

BYD’s existing EV models have been selling well in first-tier cities such as Beijing and Shanghai. But in villages and towns, its cars have faced competition from battery-powered quadricycles.

Low-speed, inexpensive quadricycles are typically priced between 10,000 yuan ($1,500) and 30,000 yuan and have been selling like hotcakes in third- and fourth-tier cities. Major markets include Henan, Hebei and Shandong provinces.

Quadricycles have succeeded in part because they can be driven without a driver’s license. Moreover, they do not have to undergo vehicle inspections.

Wang said BYD plans to take advantage of the popularity of quadricycles in smaller communities by appealing to consumers who now trust that EVs can be inexpensive as well as safe.

BYD plans to price its first mini-EV below 100,000 yuan, Caixin has learned. Subsidies could further reduce an EV buyer’s cost.

Thanks to subsidies, a mini-EV model called the EC180 launched in January by Beijing Electric Vehicle Co. Ltd. (BJEV), a subsidiary of the Beijing Auto Industry Corp., has been selling in Beijing for 49,800 yuan, 67% below the list price.

Mini-EVs could eat into the market for quadricycles, which are not subsidized and are now undergoing government scrutiny.

Quadricycles have been targeted by policymakers trying to tighten industry standards and regulations. A crackdown was to be discussed at a National People’s Congress meeting in March, but the effort was shelved due to legislative support for quadricycle-makers.