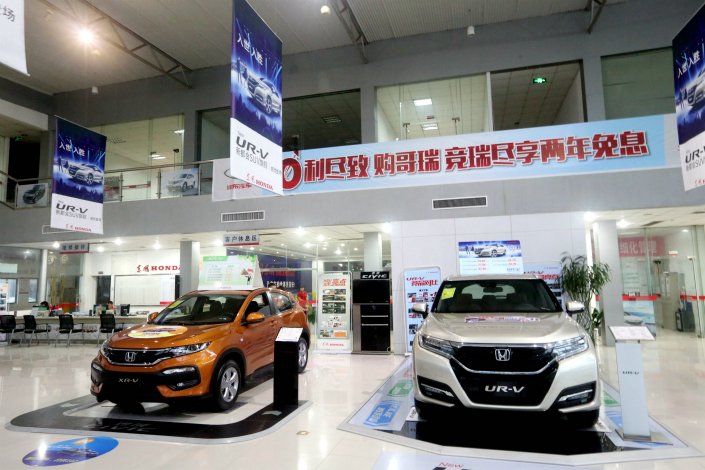 In the first six months of the year, passenger vehicle sales rose 1.6% to 11.2 million units, while sales in commercial vehicles, a category that includes buses and trucks, increased 17.4% to 2.1 million units, the latest data from the China Association of Automobile Manufacturers (CAAM) showed.

As China is promoting clean-energy transportation in a bid to improve the nation’s polluted air and develop cutting-edge technologies that can eventually be exported, it has adopted various policies, such as incentives and easier access to license plates, to encourage electric vehicles (EV) sales. As part of that push, the country aims to reach an annual sales target of 2 million new-energy cars, which includes both EVs and hybrids, by 2020.

Chinese car brands won a larger market share of 43.9% in the first half of the year, a rise of 1.1 percentage points from a year before. The top three automakers by sales were Shanghai-based SAIC Motor Corp. Ltd., Chongqing-based Changan Automobile Co. Ltd. and Geely Holding Group Co. Ltd. from Zhejiang province.

Among foreign auto manufacturers, German companies had the largest market share of 20.2% in the first six months, followed by Japanese and U.S. carmakers, which had shares of 17.7% and 12% respectively.

The top three best-selling car models were the Lavida, developed by Volkswagen’s joint venture with SAIC, the Buick Excelle from SAIC-General Motors and Nissan’s Sylphy.