Is China the Wild West of Consumer Gene Testing? 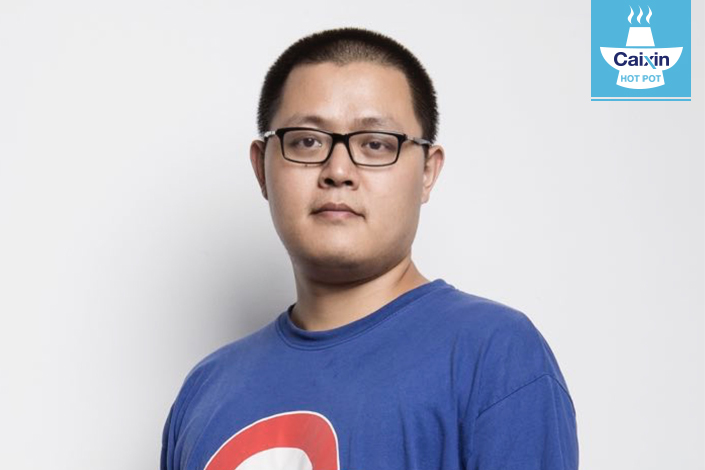 Genetic testing services that promise to find whether your child is the next Mozart or matchmaking services that help you find the most “genetically compatible” partner have made headlines in China in recent years.

That is because the multibillion dollar consumer gene testing industry in the country is still in its infancy and regulations to govern its growth aren’t still in place.

“There are plenty of different tests directly for consumers, worldwide. But there are still many unresolved issues. For instance, gene testing for the purpose of talent detection doesn’t have a scientific basis and isn’t ethically sound,” said Chen Gang, co-founder and CEO at WeGene, a direct-to-consumer genetic testing startup in Shenzhen. “In the early years, these companies got themselves into trouble and later became tools for pyramid selling.”

Chen received his doctorate in computer science from Central South University in Changsha, Hunan province. For his degree, he concentrated on bioinformatics — the science of analyzing complex biological data like genetic codes. He has also worked at Shenzhen-based BGI, one of the world’s largest genome sequencing companies, as its vice president of internet and cloud computing.

Gene testing is the next frontier in personalized health care, Chen said. It will allow doctors to forecast major health risks such as cancer and could prompt individuals with a high risk of developing certain diseases to alter their lifestyles. By referring to a gene report, both doctors and individuals could also more accurately choose medicines or control the dosage of drugs.

Despite the name, this “kit” is only a tube to store your saliva so you can send it to the testing company. This reporter, who tried an introductory package, received the results in 30 days. The findings traced my ancestry to Mongolian roots, which came as a surprise to me, but didn’t mention anything about my Manchu grandmother. It also hinted that my chance of dying from sudden cardiac arrest was three times the average. It also included a report on my reactions to various types of medicines, which I could barely understand, but I assume would be helpful to my doctors.

Critics of the direct-to-consumer gene testing services say that the findings are not as accurate as people imagine, and could vary based on the method of testing.

But despite these concerns, China’s genetics testing is one of the fastest growing markets in the world, estimated to expand at a compound annual growth rate of 37% in the next five years through 2021, according to a report by China Investment Consulting Corp. from earlier this year.

The company forecast that the market will grow to 42 billion yuan by 2021, up from 13.3 billion yuan in 2017, fueled by a surge in cancer cases in recent years.

In a telephone interview with Caixin, Chen talked about the untapped potential for consumer gene testing in China, how the country compares with mature markets like the U.S., and ethical issues such as privacy due to the lack of clear regulations. The following are edited excerpts of that interview.

Chen Gang: I have a great interest in doing genomic data analysis. During my PhD, I noticed the vast gap (in this field) between the U.S. and China. As a matter of fact, China is better in prenatal DNA testing, but we lag far behind in terms of personal genome services for consumers. WeGene has merely tested tens and thousands of people, while U.S. companies have done millions. This leaves a huge room for growth. For instance, if we apply AI to medical services, genome data would be a prerequisite for this. Everyone should be able to access his or her own gene data at the time of birth.

What is gene testing mostly used for? Is it for personal uses like predicting potential future illnesses or commercial collaborations with other companies that use it for drug discovery?

Many people don’t know about this immature market (for gene testing). It is also still rather costly for most people. Our customers are generally middle class from first-tier cities, and a few from developed second-tier ones, aged 20 to 40. These people usually work in the fields of finance, bio-science, computing and technology; individuals who are working in the health care sector are the largest group among those demanding personal gene tests. Ours is still a small company, with a limited advertising budget. Moreover, regulators have not introduced any clear definition for our products.

Commercial gene-testing services have sparked controversy the world over. What are the regulatory and ethical issues in this industry?

There are plenty of different tests directly for consumers, worldwide. But there are still many unresolved issues. For instance, gene tests for the purpose of talent detection don’t have a scientific basis and are not ethically sound. In the early years, these companies got themselves into trouble and later became tools for pyramid selling. This creates a negative impression of the entire industry. We could say that the regulators are being positive, but they don’t necessarily have a holistic approach or understanding of the gene testing industry. The government has allowed several commercial gene testing startups to register their businesses. We are capable of providing more and more reliable genetic information. But still, China’s regulations to govern this emerging industry are not officially out yet.

Why does it usually take about two months on average to get the results back after a personal gene test?

WeGene, on average, takes three to six weeks. The process includes receiving samples, quality control, DNA extraction, on-machine examinations, chip-scanning and data analysis. As part of a gene test for a normal healthy person, these procedures are not only costly but also time-consuming. Over the past decades, we have digitized many things: music CDs and printed photographs have already become obsolete. In the same way, we can digitize information about our bodies, which genome data is the most basic. This data could be used may times for various applications that require gene data (such as assessing the risk of breast cancer and checking metabolism rates).

How does your company deal with the data you collect? How do you safeguard privacy?

We save data, but delete it, if explicitly asked by the client to do so. As for (mass-scale) statistical analysis, we need permission from the clients first. If other studies are involved, we still need to inform the users and get their permission.

There is a fear that individuals’ genetic information could be sold to businesses that can use it to promote products like tailor-made weight-loss programs or medical tests. Is this a real concern?

A: From a legal perspective, it would be very risky (to sell gene data). Moreover, it would simply be a one-time deal. But imagine if many users are relatives of people with Parkinson’s disease, we could sell their data for a research study and receive cash without violating privacy laws.

I have seen some companies that provide prenatal DNA tests. What are your thoughts on that? Do many couples in China choose to have abortions if they find there is a genetic defect in the fetus?

A: It is definitely a very strict medical service, in terms of genetics. For instance, abortion is outlawed in Muslim countries, but prenatal DNA tests are permitted. The most widespread one is noninvasive prenatal testing. It targets high-risk groups through surveys. Many (in China) would choose abortion if the diagnosis keeps on showing a genetic defect in the fetus.


Caixin Hot Pot is a regular feature that introduces you to the colorful array of players in today’s China – from the leaders of top U.S. companies doing business here to the migrant woman selling noodles from a push-cart.