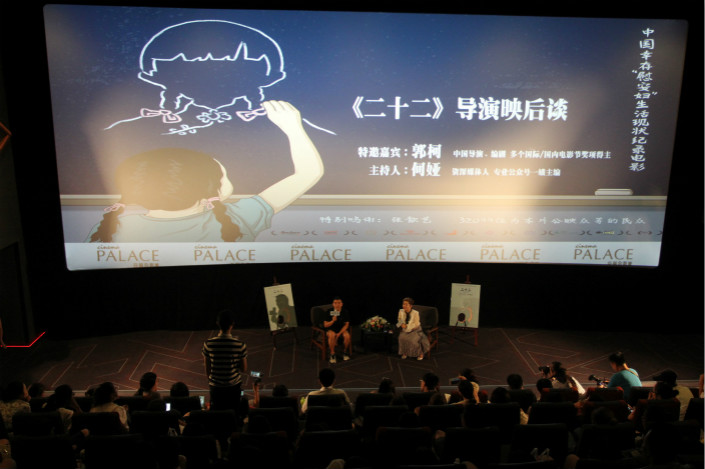 App-downloaded stickers trying to be funny at the expense of Chinese women used as sex slaves by Japanese soldiers during World War II have sparked outrage in China — and a fine by the police.

Shanghai-based internet startup Siyanhui created a set of stickers featuring closeups of the women taken from a recent documentary on the last surviving women who were forced into sex slavery by the Japanese military during its occupation of China. In the documentary, called “Twenty-Two,” the women, now well past 80, wipe away tears or stare into space as they recall their harrowing experience as young women – or even mere girls.

The survivors, dwindling in number, suffered from severe emotional problems after their mistreatment. Many were rendered infertile by the brutality of rape and were often shunned by their communities after release by their Japanese captors. They were among thousands – many of them South Korean – forced into sex slavery by Japanese soldiers during the war. They have come to be known as “comfort women.”

The animated stickers pair these images with the phrases “I’ve been wronged” and “at a loss” which dance in a playful font.

The stickers were mostly available on tech giant Tencent’s instant messaging platform, QQ, where some users expressed disgust at their tastelessness. The QQ division of Tencent has apologized for poor vetting and has since removed the stickers from its site. The company apologized as well.

“If someone sent me one these stickers, I may have to reassess our friendship,” remarked one user on micoblogging site Weibo. “Not everything is material for sarcasm. And with a somber issue like this, developers must show some self-discipline.”

The police fined the startup 15,000 yuan ($2,260) for “illegal content.” It appears to be the first – or one of the first – cases of fining a sticker developer over content. Siyanhui was also forced to suspend operations for two months.

“Out of pursuit for profit, the company has shown disregard for moral limits and callousness towards national sentiment, trying to win eyeballs by making stickers that ridicule ‘comfort women’,” the Shanghai police said in a statement Sunday on social media.

The company supplies many of the favorite sticker-packs available on WeChat, QQ, and Alipay. Siyanhui has for the past four years created stickers both from original cartoons and clips from trending TV series and shows, and has developed a search engine that crowd-sources stickers generated on a variety of messaging platforms.

The company put an apology on its website and promised to be more prudent with its stickers.

“Our team did not realize the weight of the documentary and the period of history it depicts, treating it as a regular film…We are ashamed of our mistake,” it said.