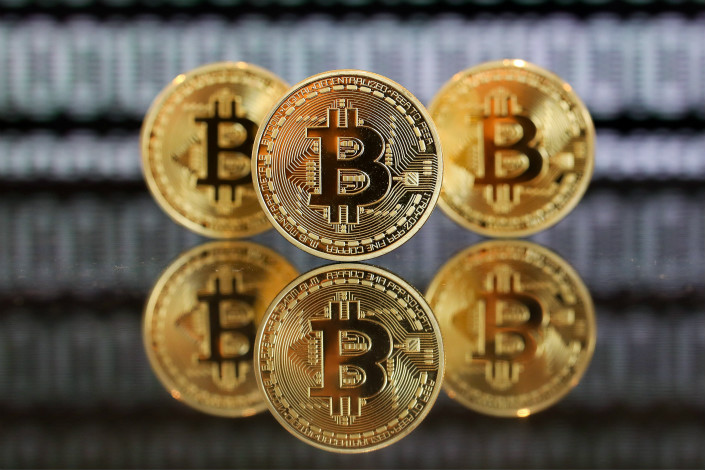 In China, investors snapped up 2.6 billion yuan ($385 million) worth of new virtual currencies through initial coin offerings (ICOs) in the first six months this year, according to a recent government-backed study. Photo: Visual China

As Chinese regulators mull ways to curb risks associated with fundraising through new virtual currencies, an outright ban is an option on the table, several regulatory officials told Caixin.

Sources said regulators including the People’s Bank of China (PBOC) and China Securities Regulatory Commission (CSRC) are pondering oversight measures on initial coin offerings (ICOs), an increasingly popular means to raise cash or other virtual currencies such as Bitcoin and Ethereum by issuing a new cryptocurrency.

Over 100,000 Investors in China snapped up 2.6 billion yuan ($385 million) worth of new virtual currencies through ICOs during the first six months this year, according to a recent government-backed study. But as ICOs fall outside existing regulations, the risk of default and of fraud has grown, while raising concerns about a potential bubble.

Currently, any company can carry out an ICO if they publish a statement of intent and have an exchange to sell the new virtual currency on. Exchanges are usually happy to host a new coin as they earn service fees and may even get an allocation of the new currency before the ICO. In some regions in China, the issuer does not even need to have a registered company or computer program for the cryptocurrency, a bitcoin investor told Caixin.

Many ICO issuers are registered as charity foundations in Switzerland or provinces in China with preferential tax policies, the bitcoin investor told Caixin. In these cases, investors are considered donors.

In early July, central bank adviser Sheng Songcheng told China Business News that the biggest problem with ICOs was the lack of information disclosure, which can lead speculators to take advantage of investors.

At a meeting on August 18, officials from China’s central bank and the banking and securities regulators discussed controlling the size of ICOs, strengthening information disclosure, requiring risk warning documents and even a temporary ban, Tencent Finance reported.

Other governments have started to regulate ICOs. In the U.S., ICOs fall under the supervision of the Securities and Exchange Commission. Earlier this week, Canada’s securities watchdog also said it plans to treat some cryptocurrencies offered through ICOs as securities. “ICO is a liquidity illusion. As long as a product can continuously trade, its value will increase from its previous level,” the bitcoin investor told Caixin.