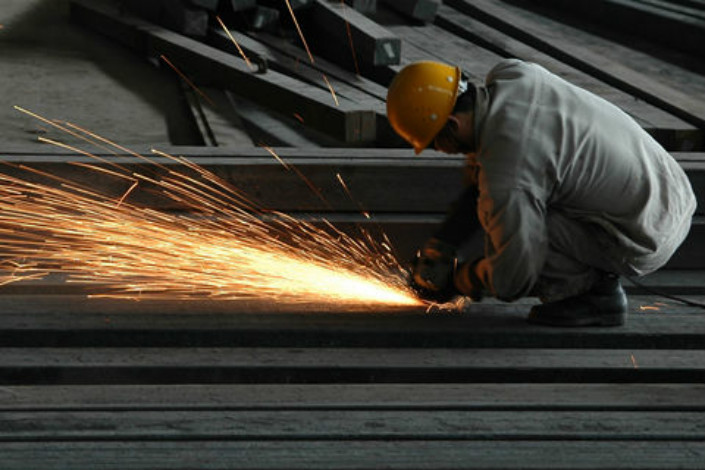 The latest profit surge in the steel industry is fundamentally due to the progress of the national campaign to reduce overcapacity, industry experts say. Photo: Visual China

China’s steel manufacturers have reported soaring profits in the first half of 2017 as the government-led campaign to slash overcapacity is showing its effects.

A string of listed steel giants saw their profits skyrocket during the period, in part due to a low baseline a year earlier.

China’s steel sector had been struggling since 2012 amid slumping global prices, weak domestic demand and excessive capacity. After the sector was hit by massive losses in 2015 and steel prices plummeted to multiyear lows, Beijing launched a campaign to cut overcapacity last year.

Money-losing, debt-laden steelmakers were shut down, and smaller mills were merged with larger ones. More than 65 million tons of steel capacity were slashed last year, and 720,000 workers were transferred to other jobs, Premier Li Keqiang said in March.

The latest profit surge is fundamentally due to the progress of the national campaign, said Xu Xiangchun, chief information officer at steel news portal Mysteel.com. The drive has strained the domestic steel supply, increased steel prices and made the industry profitable again.

For example, the average price of HRB400 domestic rebar steel is 3,666 yuan per ton in the first half of the year, up 56.5% from a year ago, according to Mysteel.com.

Several industry analysts believe another major factor contributing to the profit surge is that the prices of many raw materials fell or rose slightly, while steel prices increased.

According to Ansteel’s financial report, the prices of raw materials, including iron ore and coking coal, fell from January to June, while the prices of the steel it produced increased moderately.

In the second half of the year, Xu predicted steel makers’ profits will grow as steel prices rise in the third and fourth quarters.

But Hu held a more conservative view about the steelmakers’ profits in the second half. She said raw material prices also will also increase due to the government efforts to control air pollution by limiting coal production.

For example, coking coal prices have jumped since July, which has squeezed steel makers’ profits, she said.

Major steel companies’ profit margins will be around 4% in the second half, Hu added. The figure is about the same as the average profit margin on domestic steel in June. The June figure stood at 4.1%, the highest since 2012, according to the China Iron and Steel Industry Association.