Beijing Told to Cut PM2.5 by One-Fourth This Winter 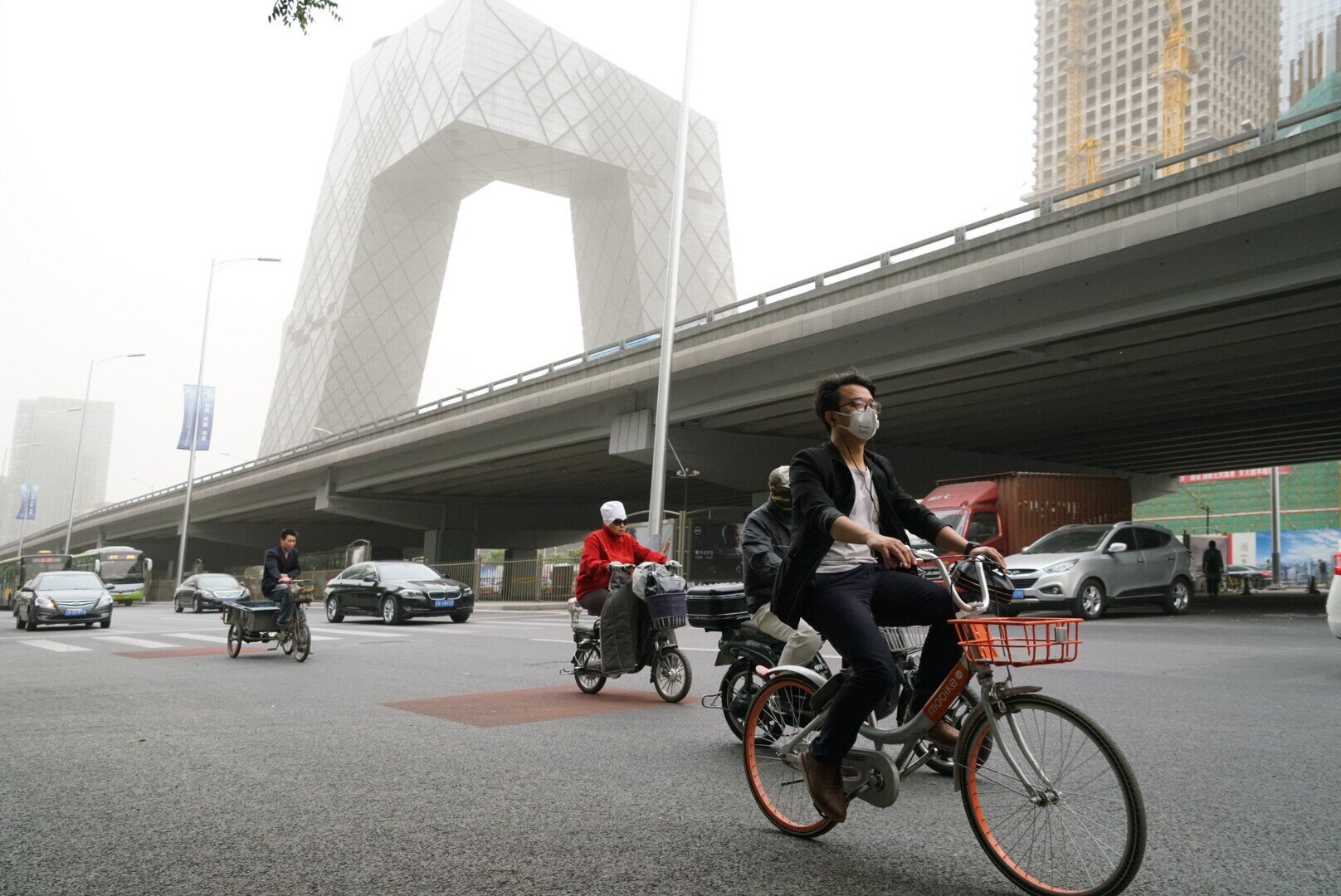 The Chinese government has for the first time set emission-cut targets for cities in the Beijing-Tianjin-Hebei region and nearby areas for the winter season. Above, motorists and bicyclists battle smog during a polluted day in Beijing. Photo: IC

With cold weather and its accompanying burst of choking air pollution on the way, the central government has ordered Beijing and a number of other northern cities to cut their respective PM2.5 concentrations by 25% this fall and winter.

It is the first time the Chinese government has set emission-cut targets for cities in the Beijing-Tianjin-Hebei region and nearby areas for the winter season, Liu Bingjiang, a senior official in charge of air pollution prevention with the Ministry of Environmental Protection, told the media on Friday.

Authorities released a detailed accounting system that holds a city’s mayor or even its top official — the party secretary — responsible for failing to achieve emission-reduction targets.

Other cities told to cut PM2.5 levels were Tianjin, Shijiazhuang and Taiyuan. All of the affected cities must reduce the number of heavily polluted days by 20%.

About 20 other cities in Hebei, Shanxi, Shandong and Henan provinces were given different reduction targets, with PM2.5 concentration needing to be at least 15% year-on-year and heavily polluted days falling by at least 15%, Liu said.

PM2.5 refers to particulate matter 2.5 micrometers or less in diameter, which can penetrate deep into the lungs and cause cancer.

Beijing’s PM2.5 concentration rose 5.4% in the first two months this year over the same period last year — the first increase since 2013.

Liu said this winter will witness a decisive battle to determine whether North China can achieve the new targets.

The new targets are from an action plan by the State Council announced in September 2013, which was touted as the most serious pollution-attack plan in history.

It stated that the Beijing-Hebei-Tianjin area, Yangtze River Delta and Pearl River Delta would have to have their PM2.5 levels cut by about 25%, 20% and 15% respectively by the end of 2017.