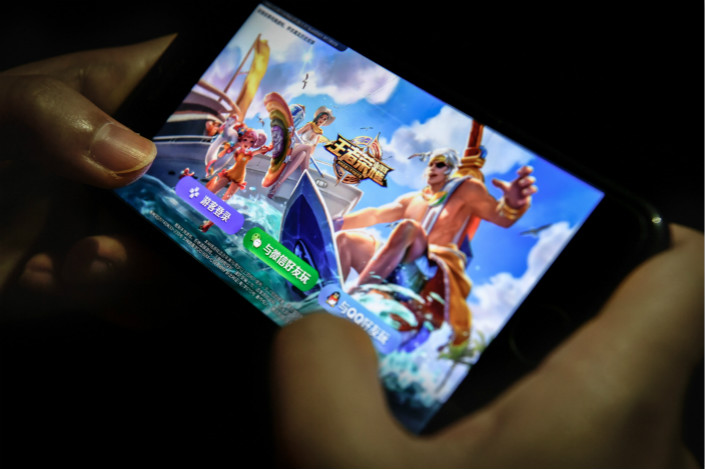 The blockbuster mobile game “Honour of Kings,” which had more than 54 million active daily users in May, brought in an estimated $1 billion in 2016. Photo: IC

Two hundred million: That’s how many people in China are registered to play the mobile game “Honour of Kings.”

If the game’s players made up their own country, it would be the sixth-largest in the world, sandwiched between Pakistan and Brazil, according to global statistics website Worldometers.

In China, the game is particularly popular among people in their 20s, a demographic that numbers 228.78 million, according to China’s National Bureau of Statistics. Considering that more than half of the game’s roughly 100 million players are in their 20s, it means that half of the country’s 20-somethings are playing “Honour of Kings.”

And the majority of them are playing it regularly. Market researcher Jiguang calculated that “Honour of Kings” had more than 54 million active daily users in May.

The question of how “Honour of Kings” managed to implant itself into the lives of China’s youth is crucial to anyone looking to get into the country’s rapidly growing multibillion-dollar mobile gaming market.

The answer lies in how the game’s owner, internet titan Tencent Holdings Ltd., incorporated the game into its social media ecosystem, according to Jelle Kooistra, head of mobile product development at research house Newzoo.

“Part of why ‘Honour of Kings’ is so popular is that Tencent has become very good at leveraging all the platforms that it owns,” Kooistra said in an email interview. “It makes it very easy to attract new players, keep them playing, and invite them back in if they’ve stopped.”

“Honour of Kings” has made Tencent a lot of money. The game brought in more than $1 billion in 2016, according to market researcher Niko Partners. It’s quite a haul, considering the game costs players nothing to download or play.

Tencent does have the advantage of operating in the world’s largest gaming market. Newzoo has estimated that China’s 564.8 million gamers are going to generate $27.5 billion of the world’s $108.9 billion in gaming revenue this year. That’s $2.4 billion more than the United States. More importantly, over half of China’s gaming revenue will come from mobile gaming, up from 17% in 2013.

It’s not hard to guess that “Honour of Kings” is China’s most popular mobile game. For nine months running, it has held the top spot on both the iOS and Android game-download and revenue rankings in China.

And as mentioned, “Honour of Kings” is free to play, which raises the question of how one makes millions of dollars off something that doesn’t cost anything. The answer is, although anyone can download and play the game for free, one can also choose to pay for optional upgrades or “skins” that alter the appearance of in-game characters.

Earlier this year, Tian Feng, a 38-year-old academic at the Chinese Academy of Social Sciences, grew curious about “Honour of Kings” and set out to answer a simple question: Why is the game so popular among China’s youth?

In March, Tian began a field study of the game, spending hours teaming up with or competing against people who were 15 years his junior, in order to answer the question.

After indulging in the game for four months, Tian found that the game’s success was mainly due to how it took advantage of players’ existing relationships and social connections.

“Honour of Kings” is unlike Tencent’s other mobile games. Known in the gaming world as a “MOBA,” or multiplayer online battle arena, the game pits players against each other in two opposing teams of five each. The goal is to work together in a real-time battle to take over the opposing team’s base while protecting one’s own. Teamwork is essential to victory.

In this situation, it makes sense for players to choose to play with someone they know, and if possible, someone who is sitting in the same room. It makes communication faster and more reliable, which comes in handy in a real-time strategy game.

With this in mind, Tencent has made it easy for players to get their friends into “Honour of Kings” by integrating it into the company’s near-ubiquitous social networking app, WeChat. Players don’t even have to leave the game to invite other people to play or download the game.

“Most publishers have recognized the potential for social functions to improve a game’s appeal and stickiness, and are generally more proactive in using them,” Kooistra said. “‘Honour of Kings’ has a very strong integration with WeChat. Players can directly invite each other to join a player-versus-player battle. It is a powerful way to introduce others to a game, making it easier to spread with organic (nonpaid) downloads.”

When there are more than 100 million young people playing a game, it’s hard for those who aren’t playing to resist giving it a try.

Zheng Yining, a white-collar worker in her early 20, had counted herself a console gamer before “Honour of Kings” penetrated her social circle. “But ‘Honour of Kings’ was so popular that I felt all my friends, male or female, were playing it. I didn’t want to be left out, so I decided to give it a try,” she said.

She soon became a fan. She now spends more than three hours a day playing the game. According to data from market researcher Jiguang, the average “Honour of Kings” player plays 47.2 minutes a day.

According to what Tian witnessed, the game’s knack for getting incorporated into players’ real-life relationships has been the key to its success.

A lot of the game’s die-hard players form larger groups called “clans.” According to Tian, these groups are usually based on real-life communities a player is already a part of. These established relationships help clan members work better together in the game, which in turn strengthens their relationship in real life.

“Many of the game’s clans are based on universities, neighborhoods or workplaces,” he said. “Close real-life relationships lead to better cooperation, which increases the chances of winning a battle. Victory, in turn, contributes to a closer relationship among these players.”

Players’ real-life relationships are so important that many clans don’t let in outsiders. Tian said he was prevented several times from joining a clan. He also found that players were reluctant to accept friend requests from strangers, though exceptions were occasionally made for exceptionally skilled players.

Tian eventually managed to form his own clan by resorting to in-game bribery, but the group of 40 players didn’t communicate much.

Students from Shanghai University’s School of Communication & Information Engineering have established at least two clans for “Honour of Kings.” Having a clan based on a real-life community increases players’ sense of belonging.

Li Zhuoyuan, a 24-year-old graduate student, is a member of one of the school’s clans. “I prefer to play with people that I know from my real life. Because (we know each other), my teammates don’t quit in the middle of a game and they don’t insult me when I make mistakes,” Li said.

“I tend to be more diligent when playing with my clan. I want my clan to achieve higher scores.”

Fan Chenwei is a freelance writer based in Beijing.