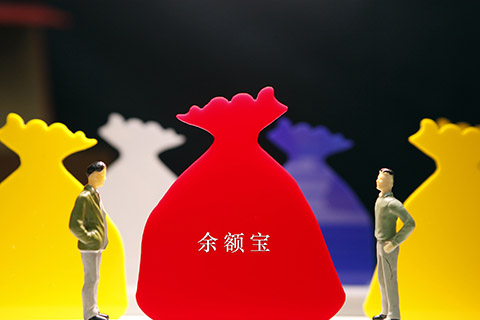 Yu’e Bao, the investment product of Ant Financial, is the world’s largest money market fund, managing 1.4 trillion yuan ($210 billion) gathered from China’s hundreds of millions of online investors by the end of the second quarter.

The capital size of Yu’e Bao accounts for 27% of the country’s total money market fund value. Its capitalization is equivalent to that of a mid-sized commercial bank in China, but the fund is exempt from maintaining cash reserves against possible bad debt as banks are required to do.

In August and May, Yu’e Bao twice cut its maximum investment ceiling for individual investors to 100,000 yuan from 1 million yuan before May. This raised expectations that regulators would step up supervision of the 5 trillion yuan money market fund sector.

The plan to impose new rules on major money market funds was mentioned in a set of new guidelines for the mutual fund industry issued Friday by the CSRC. The guidelines outline detailed requirements on fund managers’ investment arrangements to prevent liquidity risks. They will take effect Oct. 1.

Data from Asset Management Association of China (AMAC), which oversees the mutual fund industry, showed that the total assets of mutual funds reached 9.9 trillion yuan by the end of June, more than half of it in money market funds.

A fund manager’s total money market investments in a single commercial bank’s deposits and other assets should not exceed 10% of the bank’s net assets, under the guidelines.

Analysts said they expect the new rules to force many fund managers to adjust their money market products because deposits and interbank deposits are now the main investment targets for such funds.

Official data showed that by the end of June, 57% of assets managed by China’s money market funds were in the form of bank deposits and reserves, while 18% were invested in interbank deposits.

Seventeen fund companies each held more than 20 billion yuan of interbank deposits at the end of June, exceeding the 10% cap applied to most commercial banks, according to Lu Zhengwei, chief economist at Industrial Bank.

The CSRC said fund managers will have six months to adjust their businesses to comply with the new rules. The timeframe for systemically important funds will be set separately.

The new mutual fund guidelines follow the separate release Wednesday by the State Council and the CSRC of new rules targeting improper practices in the growing private investment-fund industry.

The draft rules, which will be open for public comment until Sept. 30, require private fund managers to tighten scrutiny of investors’ risk tolerance and set limits on the number of investors in any single privately offered fund to prevent excess risks.