China Claws Back at Cryptocurrencies With Ban on Initial Coin Offerings 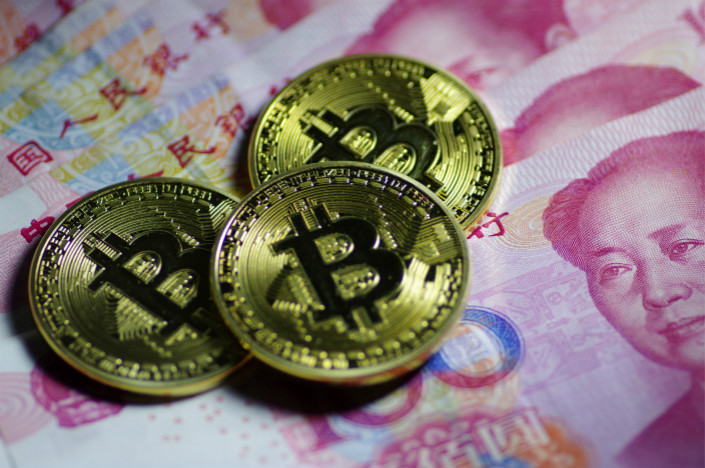 The People's Bank of China said Monday that initial coin offerings, or ICOs, are unauthorized activities that may be rife with fraud. Photo: Visual China

It has been a wild week for cryptocurrency investors and enthusiasts. And the ride looks even bumpier ahead.

On Monday, the People’s Bank of China (PBOC) publicly denounced fundraising in new blockchain-based currency, also known as “initial coin offerings” (ICOs). The central bank said ICOs are unauthorized activities that may be rife with fraud, and imposed an immediate ban of all current and upcoming ICOs. The PBOC also said those companies that had raised funds this way should liquidate the proceeds and give refunds to investors.

Before the central bank’s decision, which the market has been awaiting, major Chinese cryptocurrency exchanges such as ICOinfo and ICOage said in separate statements last week that they had stopped all ICO activities. They both said their respective decisions were voluntary, and that they may resume activity after regulations become clearer.

ICOs, albeit unregulated until recently, are a fundraising phenomenon that has grabbed occasional headlines because of both the astronomical gains in value as well as scandals. In China, regulators had earlier set their sights on this murky yet exploding sector, especially when the investor base has expanded to include even unsophisticated investors.

The recent action stands in contrast to oversight on peer-to-peer lending, which didn’t start until years after the sector was flourishing. But authorities this time have moved to rope in the nascent ICO industry in less than a year — and in a way some market watchers characterize as a decisive manner.

“All types of fundraising through tokens and cryptocurrencies should be halted immediately,” according to a document jointly released by the central bank and six other regulatory bodies dated Monday. To protect investors’ rights, organizations and individuals that have already completed fundraising should liquidate the proceeds and refund the investments, the document said.

The central bank-led group called the ICO an “unauthorized fundraising tool” that may involve financial fraud and pyramid schemes, and that it “severely disrupts financial and economic order.”

Websites and mobile applications involved in ICOs will be shut down and removed from app stores, while nonbanks should stop opening new accounts or provide financial services to any cryptocurrency-related projects, the document said.

Earlier, on Saturday, another document was sent to provincial governments by a PBOC-led cross-agency committee tasked with monitoring internet finance risk. They said ICOs may involve illegal public fundraising, and asked provincial governments to compile by the end of Monday a list of platforms that host new offerings of cryptocurrency.

The committee, which counts members that includes China’s securities, banking and insurance regulators, provided a list of 60 major ICO platforms that local authorities will need to thoroughly inspect and report on.

The Monday rules came following intensive research conducted by the PBOC and China Securities Regulatory Commission (CSRC) on the ICO market, which reflects regulators’ appetite for risk and their harsh stance toward ICOs, sources told Caixin.

The central bank examined a large number of “white papers” submitted by ICO issuers that detailed the intent of new cryptocurrencies. The PBOC found that more than 90% may involve illegal fundraising or fraud, a source with knowledge of the matter told Caixin. ICOs that used funds they raised to invest in actual projects were less than 1%, according to the research.

Before the ban, the National Internet Finance Association of China (NIFA) on Wednesday issued a notice warning about the potential risks associated with fundraising in the name of ICOs. Some ICOs qualify as fraud, illegal securities and illegal fundraising, the self-regulated body said.

Huo Xuewen, secretary of Beijing Municipal Bureau of Financial Work, told a panel discussion with ICO market players on Aug. 18: “If risks from traditional financial institutions is Risk 1.0, then risks from internet finance is Risk 2.0, and risks of blockchain and ICOs are Risk 3.0.”

A person close to the PBOC told Caixin that the current consensus is to be harsh on ICOs and crack down on them.

ICOinfo, China’s second-largest ICO exchange by value of funds raised, has suspended all ICO-related activities since Wednesday. The company said it will resume hosting ICOs in accordance with regulators’ specifications and policies once they “have clarity from the relevant departments.”

BTCC, one of the country’s top three bitcoin exchanges, announced a temporary halt in trading of ICOcoin on Saturday, citing a lack of clarify in how the industry should be supervised. “To ensure standards are met, BTCC has decided to temporarily halt trading of ICOcoin until regulations are clarified,” according to a notice on the exchange’s website. ICOcoin dived 30% in a single session Saturday.

Authorities also shut down a blockchain conference over the weekend on concerns that unregulated ICOs were being used to raise funds illegally, a knowledgeable source told Caixin.

The conference, put on by Distributed Autonomous Coalition Asia, a blockchain technology industry association, and the Wuhai city government in the Inner Mongolia autonomous region had been scheduled to take place in Beijing before authorities asked organizers to cancel the event, the source said.

ICOcoin’s official social media account on Weibo shows that on Sept. 1, ICOcoin entered Germany-based cryptocurrency exchange C-CEX. While the exchange mainly serves EU countries, some clients are from China and the U.S.

Sources from a bitcoin exchange in Beijing told Caixin that some ICO project runners have started thinking of shifting operations to overseas, as regulators didn’t leave much room for them in China after the Monday notice.

“Right now, many people are worried that if ICOs are classified as illegal fundraising, and whether previous issuers will face criminal consequences,” a cryptocurrency issuer told Caixin.

During the first half of the year, 105,000 investors in China snapped up 2.6 billion yuan ($396 million) worth of new virtual currencies through 65 ICOs, according to a government-backed study.

Although the total market capitalization of more than 800 publicly traded cryptocurrencies dropped 6.23% to $150 billion since Aug. 28, its gain is already extraordinary as market value of tracked cryptocurrencies were worth only $17 billion at the beginning of this year.