By Dong Tongjian and Liu Xiao 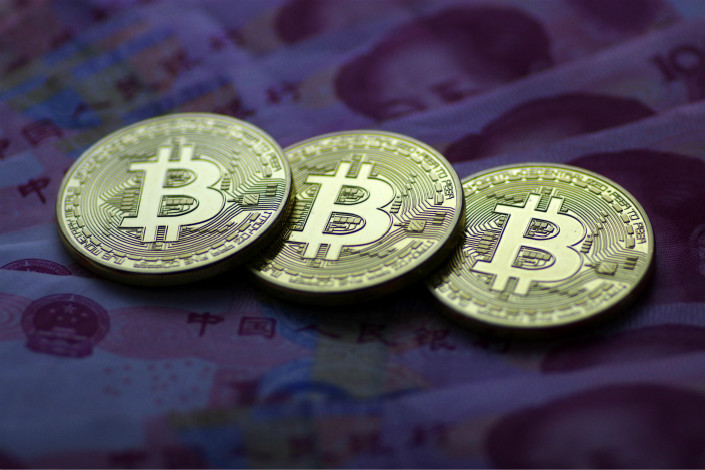 China’s second-largest exchange for “initial coin offerings” (ICOs) has announced that it has suspended all ICO-related activities as regulators seek to tighten oversight over the unregulated sector. Photo: Visual China

A major Chinese cryptocurrency exchange has stopped hosting fundraising of new virtual currencies, also known as “initial coin offerings” (ICOs), as the government looks to tighten oversight of the still-unregulated yet growing sector.

ICOINFO, China’s second-largest ICO exchange by value of funds raised, said in a statement Wednesday that it has suspended all ICO-related activities. The company said it would resume hosting ICOs in accordance with regulators’ specification and policies once they “have clarity from the relevant departments.”

Liu Zhen, CEO of Clipper Advisor, which completed a pre-ICO fundraising on ICOINFO before the current halt, told Caixin: “We think the cryptocurrency market will be the next financial market. We want to fundamentally change the current financial system. For us, this is also an exploration. We don’t know everything that lies ahead.”

Startups built on blockchain technology, as well as investors who back or have great faith in alternative currencies, have been drawn to these fundraising platforms around the world.

In China, investors snapped up 2.6 billion yuan ($394 million) worth of new virtual currencies through ICOs during the first six months of this year, a government-backed study found. The actual size of the market could be much larger, as the study did not include sales through private placements.

More than 100,000 investors have acquired new virtual currencies through 65 ICOs in the first half of the year, according to another study by the National Committee of Experts on Internet Financial Security Technology, a Chinese-government-backed industry organization.

Several companies — both in China and abroad — are suspected of engaging in fraud and raising funds illegally through ICOs, the NIFA said.

The risks associated with ICOs can be considerable, the NIFA said, citing opaque assets, ineligible investors and poor information disclosure. Investors should be wary of risks and report any suspected crimes to police, it said.

Sources told Caixin that regulators, including the People’s Bank of China and the China Securities Regulatory Commission, are pondering oversight measures for ICOs, and an outright ban is an option on the table.