5 Things to Know About the BRICS Summit 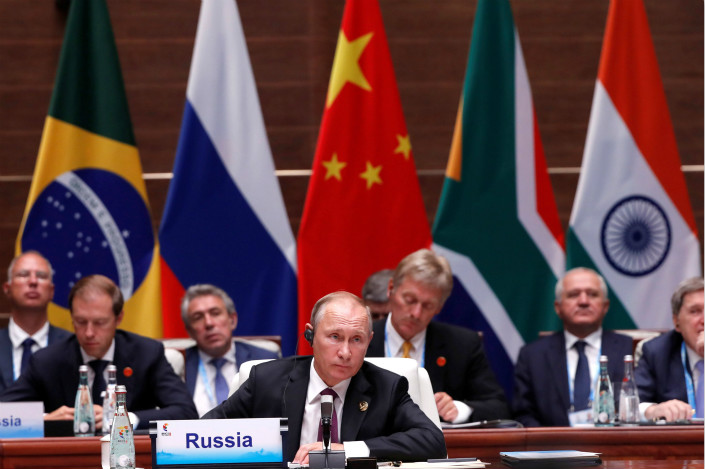 The three-day BRICS summit in China that came to a close on Tuesday will be remembered for its push to have more developing countries have a greater say on the world stage.

Here are five things you need to know about the summit.

What did the leaders vow to do?

The leaders issued a 71-article declaration, including supporting a “BRICS Plus” so that other developing countries could join the core members.

The BRICS countries said they will continue inviting developing countries to attend summits to ensure there will be a platform for emerging economies, according to Chinese Foreign Minister Wang Yi. That concept was described as “BRICS Plus,” though it wasn’t suggested that additional members would be actually added to the five core members.

Such practice of inviting leaders from non-BRICS countries to the summit began in South Africa in 2013.

On Tuesday, Xi announced that China will provide $500 million to the South-South Cooperation Assistance Fund – a loose phrase that often includes all developing countries, including the many poor ones in the southern hemisphere – to tackle starvation, refugee crises, climate change and medical needs. China also pledged to set aside 500 million yuan ($76 million) to facilitate exchanges in economic and trade cooperation.

Bank President Kundapur Vaman Kamath told Xinhua on Tuesday that the bank has approved 11 loans totaling more than $3 billion, mainly for new-energy projects. The loans are expected to reach $8 billion by the end of 2018, Kamath told Xinhua.

Tensions eased between China and India, which were in a border standoff for more than 70 days until a few days before the BRICS summit.

“The two sides should respect each other, find common ground while putting aside disputes, and preserve the peace and tranquility at the border area,” Xi was quoted as saying by China’s official newspaper, the People’s Daily.

How was North Korea handled after its latest nuclear test?

They expressed concern over North Korea, which claimed to have successfully tested a hydrogen bomb on Sunday, the first day of the summit. They urged peaceful means to solve the crisis on the Korean Peninsula.

“We strongly deplore the nuclear test conducted by the DPRK (North Korea),” their joint declaration read.