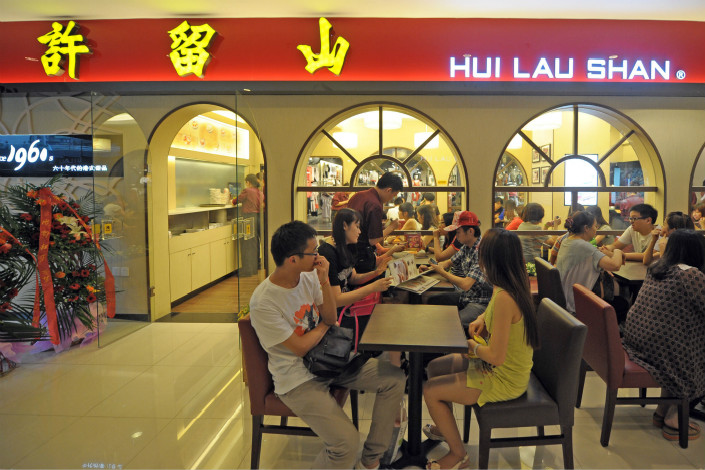 Hong Kong has for years been attracting food tourists. And now, food investors as well.

Since the beginning of July, six companies in the food and beverage sector have applied to float their shares on the Hong Kong Stock Exchange, according to the companies’ respective regulatory filings. Two of them are aiming at a listing on the main board, while the remaining four plan to go for the Growth Enterprise Market (GEM), which caters to smaller companies with a weaker profit record.

LH Group and Top Standard Corp., two Hong Kong-based restaurant operators, applied to the Hong Kong bourse on Friday for an initial public offering (IPO) at the main board and GEM respectively.

Another IPO candidate is Royal Dynasty International Holding Co. Ltd., which runs Hui Lau Shan, a Hong Kong-based dessert-shop chain. The company currently owns 895 restaurants around China and abroad, including in the U.S. and Canada, according to the company’s IPO application document filed on Aug. 25 to the Hong Kong bourse. In 2016, Royal Dynasty earned 860 million yuan ($131.6 million) in revenue and 72.9 million yuan in net profit.