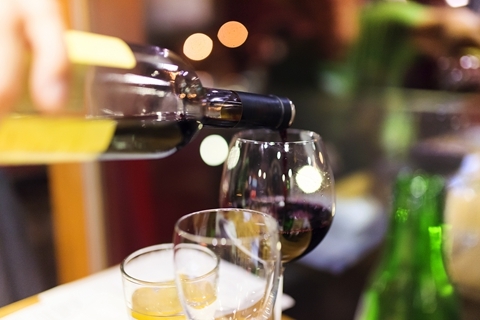 (Beijing) — China’s top insurance regulator Thursday banned booze from all of its offices and subsidiary departments as part of the country’s frugality and anti-corruption campaign.

All employees of the China Insurance Regulatory Commission and its subsidiaries are prohibited from drinking alcohol during working hours or at lunchtime, the CIRC said in a circular. Alcohol was also banned from all official receptions and banquets held by the commission and its offices and from gifts to officials.

Strictly implementing the alcohol ban will “establish a good image of CIRC staff that is civilized, efficient, honest and diligent," the commission said in the circular.

The CIRC joined several local authorities in banning booze in line with the central government’s campaign since late 2012 to crack down on extravagance and corruption among civil servants. In late August, the government of the southwest province of Guizhou – the home of China’s famous Kweichow Moutai liquor – announced an alcohol ban for official receptions starting Sept. 1, following Heilongjiang, Jilin, Zhejiang, Anhu and Jiangsu provinces.

At the CIRC, special permission must be obtained to serve alcohol at certain events such as receiving foreign guests, according to the circular.

Officials who violate the alcohol ban will subject to punishment, and supervisors of each department should take the responsibility for ensuring its implementation, the CIRC said in the document.