In Depth: China to Tame Wild West of Cryptocurrency Trading 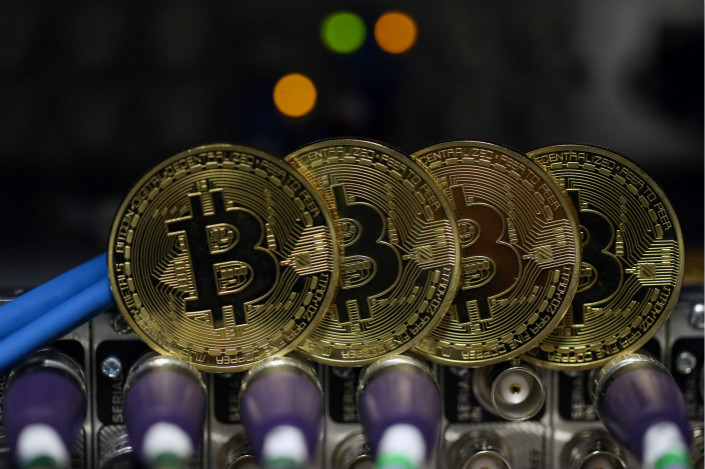 Cryptocurrency investors and enthusiasts in China have felt the crunch over the past several weeks, following regulators’ crackdown on scams linked to virtual currency-based financing activities.

As of Thursday, the ban had led to the closure of at least two-thirds of China’s 60 ICO platforms. Regulators have also ordered companies that had raised funds this way to liquidate the proceeds and give refunds to investors.

More curbs are likely to follow because regulators have decided to shutter all exchange platforms for investors to trade virtual currencies with legal tender to prevent speculative trading in the secondary market, Caixin learned from a source close to a central bank-led cross-agency committee tasked with monitoring internet finance risk.

The exchanges will be ordered to close within a certain time period. The committee has told local authorities to handle the closures, according to the source.

On Friday afternoon, digital currency trading platform Guojiaowan said all digital coin trading on its platform had been suspended at the request of regulators.

These regulatory actions cast a shadow on China’s booming cryptocurrency financing market, which has fueled by market enthusiasm for bitcoin and blockchain technology. According to a government-backed study, 105,000 investors in China snapped up 2.6 billion yuan ($400 million) worth of new virtual currencies through 65 ICOs during the first half this year. That was 20 percent of the global total.

Eye-catching deals include a July offering by PressOne, a content-distribution platform based on blockchain infrastructure, which raised 520 million yuan worth of bitcoins and other virtual currencies from 14,000 investors, making it the largest ICO in China.

Likewise, NEO — a cryptocurrency issued by one of China’s earliest blockchain projects, Antshare — has seen its value surge as much as 300 percent and its market capitalization exceed $1 billion in less than three years.

In a typical ICO, issuers issue digital tokens to investors via a virtual-currency exchange and promise to exchange investors’ tokens for goods, services or even equities. Investors mainly use other cryptocurrencies, such as the bitcoin and ethereum platforms, to buy into these ICOs.

Behind the booming market are investors who bet on the future of blockchain technology, as well as a large number of ineligible small investors seeking quick profits.

Unlike initial public offerings, ICOs are exempt from prolonged auditing and regulatory reviews. Investors usually judge a project’s value largely by a white paper released by the issuer.

Meanwhile, many ICO platforms are more interested in earning commissions from sales than in ensuring that an ICO is a high-quality offering, according to a source in the cryptocurrency industry who spoke on condition of anonymity.

In studying documents presented by ICO issuers, the central bank found that more than 90 percent might involve illegal fundraising or fraud. Less than 1 percent of ICOs actually used the funds that they raised on their proposed projects, the bank concluded.

“(The) ICO targets a small group of sophisticated investors in international market but (its concept) is widely violated in China and became an illegal fundraising tool…skirting government oversight,” said a regulatory official, who added that the ban on ICOs is permanent.

Chinese regulators have take steps in the past to rein in money laundering, and have leveraged trading risks related to virtual currencies. Amid tightening supervision, China’s share in global bitcoin trading slid from 90 percent in 2013 to 30 percent now.

Following the government order, some ICO issuers said they will comply with regulators’ demand that they give investors refunds. But recent fluctuations of major cryptocurrencies will make setting refund values challenging.

“The value of bitcoin has surged to 25,000 yuan from 16,000 yuan when we launched the ICO. And we have invested the money raised into projects,” said one ICO issuer who completed his offering in June. The issuer added that giving refunds will create losses for him.

Nevertheless, some issuers have started giving refunds. NEO said on Sept. 5 that it will accept refund applications until Oct. 17 and return the bitcoins that were originally invested. ICOBI.com announced that all transactions on its platform will be refunded through bitcoin, ethereum or ICOcoin.

Investors’ reactions are mixed. Some are unwilling to take a refund because they expect to eventually make a profit from blockchain projects or because a refund would mean an immediate loss.

A PressOne investor told Caixin that he stands to lose 60 percent of his investment because the cryptocurrency he used to buy PressOne’s offering has slumped.

“Projects like NEO have seen their value surge from 1 yuan to 200 yuan. No one will be willing to take a refund of their investment at their original value at the moment,” said another investor.

An ICO investor told Caixin that regulators should distinguish among projects based on their quality, not enact an across-the-board ban.

But a regulatory official said assessing each project would be time-consuming and that decisive action was needed immediately. Regulators are “taking action before the market grows too big in order to effectively prevent risks,” the official said.

The ICO ban is intended to close the primary market for cryptocurrencies. The next step is to shut domestic exchanges that trade virtual currencies with legal tender to rein in secondary-market risk, said a source close to the central bank-led committee on internet finance risk.

“The lack of investors’ requirements have allowed many mom-and-pop investors to enter the market. And the quick surge of secondary market prices have exposed retail investors to huge risks,” said the source, adding that regulators have found that trading in many virtual currency exchanges is plagued by fraud, market manipulation and connected-party trading.

Recent regulatory moves have sent shock waves through the virtual currency markets. Bitcoin dropped 8 percent when the ICO ban was announced, while rival ethereum fell nearly 20 percent. And market capitalization of over 800 publicly traded cryptocurrencies was down around 10 percent on Sept. 4, according to industry website Coinmarketcap.com.

While applauding the crackdown on ICO fraud, investors called for more-detailed and sophisticated regulation of cryptocurrency and blockchain projects.

“Don’t throw the baby out with the bathwater,” said Xue Manzi, who has invested over 30 million yuan in 20 ICO projects since July.

A blockchain company executive said, “There should be more visionary supervisory measures and plans regarding financing mechanisms for innovative industries like blockchain and AI,” or artificial intelligence. The executive added that regulators should require all blockchain projects to register.

A source close to the regulatory body said the latest crackdown is targeting illegal fundraising via ICOs and speculative trading of virtual currencies, not bitcoin and the underlying blockchain technology.

Industry investors are concerned that issuing new digital tokens could also be banned. “Tokens are like the gasoline to keep the blockchain system running,” said one industry source.

Regulators think “blockchain development is not necessarily reliant on token issuance and much token issuance in China only served to shirt supervision on fundraising,” said a regulatory official.

But blockchain developers are eager to find financing channels because venture capitalists in China are hesitant to invest in such long-term projects, said an industry source.

“The securities regulator is likely to issue new measures” to help establish a proper financing channel for blockchain projects, the source said.